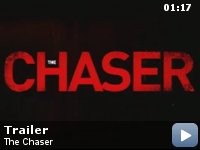 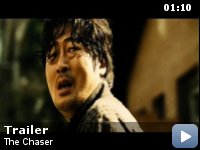 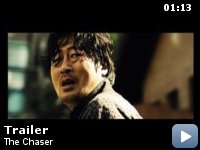 Storyline
Joong-ho is a dirty detective turned pimp in financial trouble as several of his girls have recently disappeared without clearing their debts. While trying to track them down, he finds a clue that the vanished girls were all called up by a same client whom one of his girls is meeting with right now.

The part where Young-min (Jung-woo Ha) slips as Joong-ho (Yun-seok Kim) chases him in the alley was not scripted. Actor Jung-woo Ha actually did slip on the slippery pavement while shooting, but kept running anyway. Director Hong-jin Na liked that cut so much that he kept it in the final edit.

Based on the true story


Few years ago Korean society was shocked by a horrible serial killer
mayhem. Dozen of call-girls are disappeared and never returned when
they visited unknown customer. The serial killer also murdered innocent
old men and women on his loose. After caught of serial killer the
revealed fact was beyond one's imagination. He killed girls with
hammer, chisel and amputated the victims. Some of them were
cannibalized. He mashed victim's liver with food processors and drank
it. Now the serial killer is sentenced to death and his existence throw
serious questions about execution of death sentenced prisoner to the
Korean society. For ten years Korean government never executed
prisoners and now UN approved Korea as a No Execution country.


This movie is a product of these social circumstance. Of course any
modernized country can have notorious serial killers. But this is most
brutal and abominable criminal act as reported to the public.

Another phenomena described in this movie are the inactive police act
and ugly politician. Koreans are very disappointed at this and this
movie is quite accurately visualized the situation.

Whether or not crime is the best motif for movie and this movie
successfully hold the breath of viewers. I am waiting another movie
from this director.