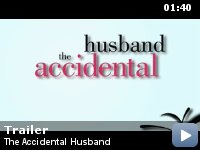 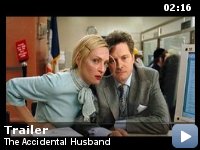 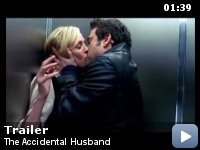 When talk radio host Emma Lloyd advises one of her listeners to break up with her boyfriend, the jilted ex sets about getting his revenge.

Storyline
Emma Lloyd has made a career out of her sensible, mature and responsible approach to relationships. She has a hit radio talk show, an impending book deal, and a loving relationship with her fiancé, Richard, a conventional sort-which is precisely what Emma is drawn to. Then Emma finds out that she is already married to a man she's never met before, a result of a misguided prank that leaves her bewildered and very confused. Worse than that, her plans for the future are now threatened. With her wedding just around the corner, Emma must find the mystery man and obtain an annulment. Emma tracks down her "accidental husband" – Patrick, a charming and handsome neighborhood fireman, with a big secret…that he was behind the "accidental" marriage. Unable to fess up, Patrick goes along with the ruse pretending to be just as baffled as Emma. While at first their opposite approaches to life create much tension and chaos…

Taglines:
Falling in love… even the expert is confused.

Jeffrey Dean Morgan portrays a firefighter on this movie. He made a previous appearance in
The Crossing as a firefighter that lost his leg during a rescue on train wreck.

Continuity:
When Patrick and Emma are on the top of the building, the wall is apparently as high as their shoulders. But in the scenes where they are talking to each other, the wall is invisible or much to low.

Patrick:
[with a mouth full of sample wedding cake]
This cake is fantastic!

Patrick:
You mix these two together, it tastes just like a ring-ding.

Emma:
[Patrick shoves a fork of cake in her face]
No. No, no.

Emma:
[she accepts the forkful of cake]
it was yummy.

The main problem 'The Accidental Husband' has is that the two main
characters are so unlikeable. Rather than falling in love with them, I
ended up really disliking them. Patrick's boorishness and Emma's
constant prevarication really grated on me. When they ride off in
Patrick's fire engine at the end of the movie, my overwhelming emotion
was sympathy for Emma's nice guy fiancé Richard (Colin Firth) rather
than happiness for Patrick and Emma. The characterization of
Richard-the only obstacle in the way of Patrick and Emma getting
together-is unusual for a rom-com in that he has no hidden dark side
(no 'bit on the side', no secret agenda for marrying Emma for her to
discover)-he is a genuinely decent man-but it means that you aren't
rooting for Emma to leave him for Patrick. After the way Richard is
treated by Patrick and Emma, I left the cinema feeling not so much that
Patrick and Emma were made for each other, but rather that such a
selfish couple really deserved each other.