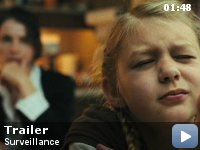 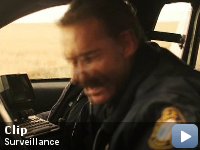 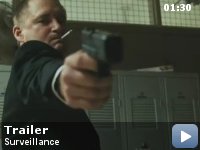 Two FBI agents attempt to clarify the murders occurring in a desolate region. They approach the witnesses of the latest incident with the help of the local police. All of them hide something and all have wildly different stories to tell.

Storyline
Grisly murders occur in a small town. Two FBI agents arrive, set up their cameras in three interview rooms, and set up interviews of three survivors: a girl of about nine, a foul-mouthed cop with a bandaged hand, and a young woman of about 20 who uses drugs. Each tells their story as the male FBI agent listens and watches from a separate room: the girl draws for and talks to the female agent, the local chief interviews the injured cop, and two officers interview the young woman. As they tell their stories, some of which are inaccurate and self-serving, we see what actually happened the day before. Can the agents or anyone else put the pieces together?

Miscellaneous:
The closing credits state that the cast is listed in alphabetical order, but Daryl Haney's name is listed after Kent Harper, Michael Ironside, and Pell James (despite the fact that it precedes all of them alphabetically).


A good thriller is my favorite genre and I was hooked into this film
within the first few seconds and stayed involved for the entire ride.
It kept me guessing throughout. The contrast between eerie cop shop and
stark, beautiful prairies is a stylish treat for the eyes. The
performances are believable and compelling. Well cast, without
exception. The little girl is surprisingly good. Her even performance
made me wonder about what had happened to her and drew me into the
story. When she wasn't on screen, I worried about her safety. The
ending is a clever, eerie choice. I was taken completely by surprise
and I usually predict a telegraphed ending a mile away. In this case,
any other choice would be a cop-out (pardon the pun). I was glad that
the director resisted the temptation for a blood-fest. It could have
gone much further in that vein. Instead the tension relied upon
intelligent visual storytelling. Kudos to everyone involved. I
thoroughly enjoyed this film.