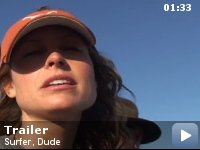 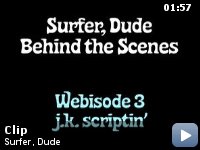 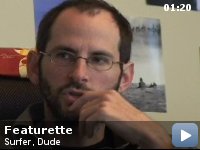 A wave twisting tale of a soul searching surfer experiencing an existential crisis.

Storyline
Steve Addington is the world's preeminent surfer – cool, laid back, stoned, shirtless and barefoot, living off endorsements for surfboards and trunks, paid in cash. In Malibu his endorsement contract has been bought by Eddie Zarno, a surfer turned businessman who wants Steve to record his moves for an electronic virtual reality game. Steve just wants to surf. While Zarno tries to change Steve's mind, the Pacific goes calm – there are no waves for days on end. Steve's attracted to Danni, recently fired by Zarno, but the lack of surfing drains him. Plus, he's low on dough. Will he sign with Zarno, get paid, and lose his self-respect?

Taglines:
"love and waves, that's what we need in these dark days."

Willie Nelson accepted his part without reading the script.

Steve Addington:
Quick, don't just do something; stand there.

This has got to be the slowest and most shallow film I've ever seen.
The plot is so thin it's nearly invisible. Once the conflict is set up
it's mostly abandoned, and when the resolution comes, it's abrupt and
shamelessly contrived. The story is resolved within a span of 5 minutes
at the end, and nothing that comes before has any bearing on it.


Also, despite the claimed genre of "comedy", this only barely
qualifies. Aside from a few funny lines here and there, this is really
not a funny movie. It doesn't even seem to be intended as such. Perhaps
it was supposed to be a "surfing movie" instead, which it might have
accomplished, if not for the remarkable lack of actual scenes involving
people surfing.

This is more like a long stoner fantasy. Really, it's like seeing the
dream of a passed-out stoner. You can just see one waking up and going,
"Dude, I just had this dream, where I was Matthew McConaughey, only I
was like, this famous surfer, and then these corporate dudes were
trying to bring me down, but I didn't care and decided to sit on the
beach for a couple months."

Or to draw another comparison, it's like listening to an hour and a
half of psychedelic music, in that the sober people in the room will be
bored, but the stoned people will see all kinds of depth and colors.

This seems to have been made by stoners, for stoners. The only reason I
can come up with for this getting made is that it was written,
greenlit, directed, and in the end only appreciated by people whose
minds have been burned out by too much sun and too many drugs. It's so
slow and uneventful that you could watch it and follow the story
accurately while simultaneously doing your taxes.

But hey, maybe I just don't have enough laid-back beach bum in me to
appreciate something like this. It was after all a good-looking
production, with good acting, lots of hot women in bikinis (and a
couple without), and pretty beach scenery. Though again, if, like me,
you insist on things like an actual story and interesting events
occurring in your movies, you're probably best off skipping this.