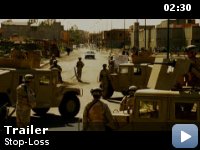 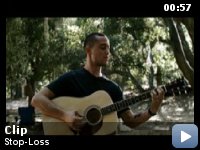 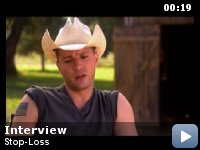 A veteran soldier returns from his completed tour of duty in Iraq, only to find his life turned upside down when he is arbitrarily ordered to return to field duty by the Army.

Storyline
Decorated Iraq war hero Sgt. Brandon King makes a celebrated return to his small Texas hometown following his tour of duty. He tries to resume the life he left behind. Then, against Brandon's will, the Army orders him back to duty in Iraq, which upends his world. The conflict tests everything he believes in: the bond of family, the loyalty of friendship, the limits of love and the value of honor.

Taglines:
The bravest place to stand is by each other's side.

Mark Richard estimated that there were no less than 65 drafts of the script.

Factual errors:
The RPG-7, used in the opening fight, shoots a rocket with a booster charge at an initial velocity of 150 m/s. This comes with a cracking sound stronger than a rifle shot and a smoke and fire jet from the back of the pipe to counter the recoil. At a safe 15-20 m from the operator, the rocket engine ignites and further accelerates the rocket to almost the speed of sound. There is no time to react with anything more than a startle response, let alone shout orders and run for cover.

Passport Issuer:
Here's your new ID. If you go, you're gone for good.

not a balanced portrayal.


I'm a sergeant in the army and have served 2 tours in Iraq and am
preparing to go a third time in December. This film was irresponsible
and not balanced in it's portrayal. First off every single soldier has
an 8 year commitment. However long your initial enlistment is (3,4
years etc) you then serve the remainder of your time as part of the IRR
(indivdual ready reserve). Moreover every single soldier knows about
stop loss. It wouldn't have been portrayed the way it was in the movie.
He would have known about it ahead of time. They don't tell you the day
you get out and make it a surprise. Especially as an E6 a staff
sergeant. The combat scene was not realistic. Soldiers guarding a
checkpoint WOULD NEVER leave it to chase a vehicle. That is general
order no 1 every soldier is taught that from day 1 of basic training.
Furthermore the portrayal of PTSD was not wholly accurate. The army has
programs in place to treat it. The character played by Joseph Gordon
Levitt would not have gotten a bad conduct discharge for breaking a
window. He would have received punishment under the uniform code of
military justice. For a bad conduct discharge there would have to be a
pattern of behavior over a period of time and then every effort would
be made to rehabilitate that soldier. The discharge would only come
after that had occurred. Finally the scenes of the authorities chasing
Ryan Phillipe is BS. The army does not pursue you if you go AWOl. For
short awols the soldiers usually receive punishment under UCMJ. For
long awols over 30 days the army drops them from the rolls and stops
their pay and benefits. If you attempt to get a federal job your name
is entered into a database as a deserter. Lastly the final scene is
total nonsense. Assuming he was awol less than 30 days he would have
been demoted at least 1 grade. He would not have kept his current rank.
The soldier was portrayed as a coward. Bottom line. I know personally
soldiers in my unit 1 in my squad who have been stop lossed and
although they may complain EVERY one of them will do their duty
honorably. This movie claims to be pro soldier but it does not portray
our soldiers in an honest way and that is dishonoring the memory of all
of our soldiers both alive and dead who have served and are still
serving over there. Also in response to adx2-1's comment he is right
about the policy. 90 days before deployment and 90 days after the unit
returns to home station. And under the current dwell time policy it
would have been at least a year before he returned. Although it is
never stated how long it is suggested that it is less than a year.