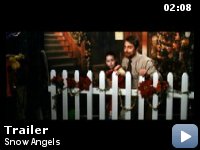 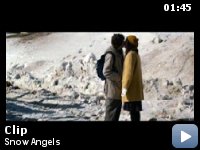 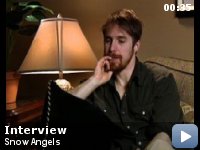 A drama that interweaves the life of a teenager, with his old baby sitter, her estranged husband, and their daughter.

Storyline
On a cold afternoon, with snow on the ground, the high school band is practicing for the last football game. They hear shots. Flashback a few weeks before. Arthur is a high school student, bussing at a restaurant. Annie and Barb are waitresses there – Annie was Arthur's babysitter when he was little. She's now separated from her husband Glenn, who's on the wagon, starting a new job, praying to Jesus, and trying to prove he has his balance back so he can see more of their small daughter, Tara. Annie's seeing someone else, Arthur's parents have just separated, and Arthur is attracted to Lila, a new student at the high school. It's a small town, people's lives cross.

David Gordon Green, who would end up directing the film, first worked on the script for another director. After 3 years, this other director moved on to other projects and Green was approached by the producers to make the film.

Continuity:
In the scene where Arthur takes a swig from a bottle of beer hidden on the floor, he raises it with the label facing him. In the next cut scene, as he lowers the bottle, the label can be clearly seen facing the camera.

Louise Parkinson:
Arthur, I'm gonna ask you a favour to not bottle this up inside, okay? It's easy for us to block out the things that upset us, that's what I do. That's what most people do. But it's important that you feel through this, it's so important I can't tell you.

Kate Beckinsale's best movie and a great chunk of life.


'Snow Angels' is a movie based on a book by Stewart O'Nan. It is
directed by David Gordon Green, and stars Sam Rockwell, Kate
Beckinsale, and Michael Angarano. Rockwell and Beckinsale portray a
recently divorced couple with a daughter, who were high school
sweethearts. Angarano plays a teenager, who used to be baby-sat by
Annie (Beckinsale). The movie follows the lives of several people,
including Annie and Glenn (Rockwell), Arthur (Angrano) and his parents,
and others as some relationships are built and others are destroyed.

The movie has a strong real-life feeling to it, thanks to great writing
by Green and great acting skills by the cast. There are scenes where
Annie yells at her child that may seem to be out of place at first
glance, but are actually amazing true-to-life ways to express how
sometimes parents can lose their tempers with their children. The
scenes show how sometimes kids can try to push their parents' buttons,
or play their parents against each other without even knowing it.

The acting is absolutely wonderful – the actors show a wide range, from
joy to sorrow, and from humor to violent anger. There are times when
you love and sympathize with the characters, and there are times when
you hate them so much your blood boils – that's how strongly the
audience connects to the characters. By the end of the movie, you feel
drained, as if you just watched someone you love die.

There were times when the whole audience laughed together, and there
were times when the whole audience grew silent in discomfort. The way
that this movie consists of laugh-out-loud moments and moments when you
just want to tear your heart out and break out a box of tissues is what
makes it an outstanding movie. This movie doesn't even have to try to
get its audience to love it. The script is chock-full of wit, life at
its best and worst, and humor for every generation. The movie left me
walking out of the BAM theater smiling and wishing I could watch it
again, not wondering why I'd wasted over 10 bucks on a ticket.

The only problem I found with the movie was that its setting was a bit
confusing. There were scenes where the characters used cell phones, and
others where there were those record players for LPs. But other than
that, the movie was flawless.

Beckinsale is at her best here, not only in looks, but in acting range.
She took me on another world as I sympathized with her, felt angry at
her, felt happy with her, and watched her as her character's story
unfolded before my very eyes. This is one of her best movies, and to me
it IS her best movie.

TagsCanada
The Duchess
Burn After Reading