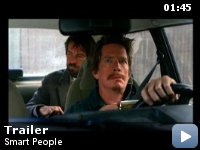 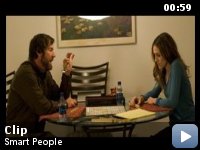 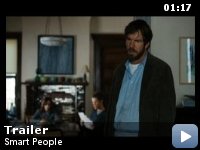 Into the life of a widowed professor comes a new love and an unexpected visit from his adopted brother.

Storyline
Lawrence Wetherhold is miserable and misanthropic: he's a widower, a pompous professor at Carnegie Mellon, an indifferent father to a college student and a high-school senior, and the reluctant brother of a ne'er-do-well who's come to town. A seizure and a fall send Lawrence to the emergency room where the physician, a former student of his, ends up going on a date with him. His daughter, Vanessa, lonely and friendless, who's been bonding with his brother, tries to sabotage dad and the doctor's relationship, but Lawrence is good at that without help. Is there any way these smart people can get a life? Can happiness be pursued beneath layers of irony?

Taglines:
Sometimes the smartest people have the most to learn

Rachel Weisz was originally cast opposite Dennis Quaid in this film, but she decided to leave the project. She was then replaced with Sarah Jessica Parker.

Continuity:
When Lawrence and Janet are in bed he asks her a question and she moves her arm above her head. The shot switches and while she's answering her arm is down at her side. After she answers she again lifts it up.

It was a gamble, but good film!


Smart People – Smart People had a 46% on Rotten Tomatoes, but it's far
better than that. Lawrence Wetherhold (Dennie Quaid) is a "holier than
thou" widowed professor you unfortunately meet once in awhile. He's the
sort who's deeply invested in his subject but can neither make it
accessible nor allow the students any time to discuss it. He's a
brilliant asshole essentially. He meets a physician in a hospital after
a head injury and begins to reevaluate his life and his happiness. He
has a dead-beat brother-in-law (Thomas Haden Church who steals every
scene he's in), a daughter (Ellen Page) who is a young Ann Coulter in
the making, and a son (Ashton Holmes) to whom he never talks.


This film is quite funny! Page and Church were definitely the
stand-outs, but I appreciated Dennis Quaid and Sarah Jessica Parker,
two actors who I rarely ever have liked. It deals with a couple
familiar rom-com problems (pregnancy, the "other woman" thing), but the
film never feels overly sentimental or cliché. It's satisfying watching
Quaid's character get some richly deserved socks to the stomach once in
awhile, but you're with him anyway by the end. The humor is a little on
the biting cold side, which goes well with my tastes, maybe not with
some. Smart People overstays it's welcome a bit near the end, but a
good movie overall.