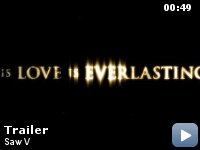 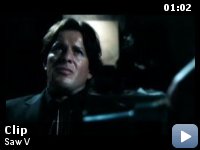 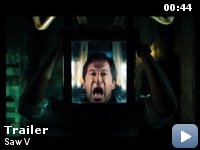 Following Jigsaw's grisly demise, Mark Hoffman, the final apprentice to the serial killer is deigned a hero. Meanwhile, Agent Strahm continues to track Hoffman while another group of strangers are put through a series of gruesome traps.

Storyline
Jigsaw and his young apprentice, Amanda, are dead. But the grisly games continue. 5 supposed strangers find themselves in the midst of the big game, and believe they are in a survival of the fittest competition. Via his now infamous video linked doll, Jigsaw conveys the message that they should ignore there instincts, and ignore his advice at their peril. Meanwhile, agent Strahm wants to prove that Hoffman is an apprentice to Jigsaw, and pursues him as he continues his twisted games. What Strahm does not realize is that Hoffman is testing him all along, and must pass his test in order to stay alive.

Taglines:
In the end all the pieces will fit together

The role of Dan Erickson was written for William Forsythe. He declined the offer due to scheduling conflicts.

Revealing mistakes:
When Charles takes over breaking the hanging jars in the second room that the remaining four of the fatal five encounter, at one point you can see some of the rubber glass bouncing on the ground.

Not enough for anyone else, but fans should enjoy it for the most part.

In what is only the fifth film of the Saw series released over its five
year Halloween run at the box office, this latest installation suffers
from the same detrimental qualities that made number four slightly
disappointing for fans and casual audiences alike. Making his
directorial debut here, all eyes are cast upon David Hackl to see if he
can either bring something new, or at least keep the momentum going for
the popular franchise. The good news for some is that Saw V feels
natural and consistent to its recent predecessors helmed by Bousman,
yet for many others this won't be something to get excited about.
Insofar as the movie itself goes; this is mostly typical Saw material
throughout, going through the motions almost. This of course will
please those looking for a continuation of the previous instalments,
but it will undoubtedly feel too stagnant and jaded to interest anyone
else. Nevertheless, for his first feature film at the reins, Hackl
proves he can live up to Bousman's style that has been engrained in the
series thus far, creating yet another engaging and loyal sequel that
will be sure to cater to those craving more twisted games.


For many fans and casual watchers of the series, Saw figuratively died
when lead character and focus for the film Jigsaw (Tobin Bell)
eventually succumbed to his cancer in film number three. Yet just as
instalment IV managed to incorporate the mastermind into its story, as
does V in the same manner; through flashbacks. Playing a game of two
sides and narratives that eventually collide, Saw V first and foremost
continues on where we left from IV, detailing the continuation of
Jigsaw's work through forensics expert Hoffman and how he eventually
has to tie up all loose ends regarding the deaths of those in III and
IV. This narrative, although a little tiresome in its approach of
filling in every detail and hole in previous features, nevertheless
provides as the real meat of the script. Characters are again rather
shallow, and motives are less than clear, yet much of this goes out the
window when Mr. Bell graces the screen with his presence. As he has
proved time and time again, it is within the character of Jigsaw that
Saw's real heart lays, and with plenty of reminiscing going on here in
regards to numbers I-IV, there's enough material and characterisation
work here to satisfy hardcore fans of the series.

On the other side of the pitch however is a much less
character/dialogue driven narrative which focuses solely on another
unlucky five as they work their way through the latest of Jigsaws
traps, this time set up by successor Hoffman. For those who attend
screenings of the latest Saw movies only to watch people get their
comeuppance through a series of bloody and grisly tests, then this will
be where your thirst is quenched. Taking on a tone that is strikingly
similar to instalment two, the challenges presented here are graphic
and extremely cerebral, shot in the same berserk ways so far explored
in the series (although, the blending scene segment style incorporated
in IV is gone) which add to the movie's intense ability to draw you in.

A consistently forceful element of the series, cinematographer David A.
Armstrong here follows the movie's mantra of "don't fix what isn't
broke", and the film's sense of coherency and embodiment of the
script's themes works just as well here as it did in previous features.
Sure enough, Saw wouldn't be Saw without its morally challenging
undercurrent squirming underneath all the corpses and violence, and in
this regard V does well to incorporate the same subtext. Of course as
has been the case with all the sequels thus far, the message isn't
quite as clear here as it was in the original, and the ideas always
seem to be justifying the gore rather than the other -more appropriate-
way around, but there's enough here to stop the whole ordeal boiling
down to a silly slasher flick with no fibre to it at all.

Needless to say there are many audiences out there who outwardly oppose
everything the Saw series stands for, be it involving the gore, the
message, or just the tacky horror-movie-sequel feel in general. Yet as
I have been witness to many the genre has to offer so far this year I
can safely say that while Saw V is by no means a masterpiece nor as
significant as its first production, it still beats out most of the
competition by quite some distance.

In the end, the entire ordeal feels more like an add-on; a tid-bit of
flavour designed to tie up the loose ends left dangling from all the
other features, and in this respect V will feel a little underwhelming;
even to rabid fans of the series. And yet, it's the fans that will make
up most of Saw V's audience. I recommend V, but only to fans, and only
because there's hope that VI (which the door is left wide open to here)
might get the ball rolling again and begin to tell a new story. So by
all means, if you can appreciate the series' unmatched ability to make
you squirm, to have you question your moral code, and to fascinate you
with its lurid, engrossing world made of cogs, puzzle pieces and of
course, saws, then you can't go wrong here. Saw V is everything that
fans of the series as a whole will want, but a lack of progression in
narrative and its disregard for relevancy to anyone outside of its core
audience inevitably cuts it short; not enough for anyone else, but fans
should enjoy it for the most part.