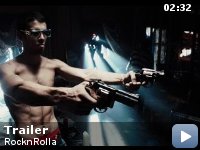 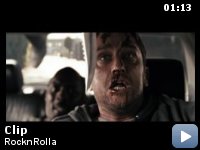 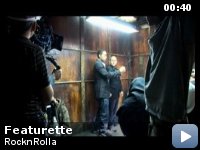 In London, a real-estate scam puts millions of pounds up for grabs, attracting some of the city's scrappiest tough guys and its more established underworld types, all of whom are looking to get rich quick. While the city's seasoned criminals vie for the cash, an unexpected player — a drugged out rock 'n' roller presumed to be dead but very much alive…

Storyline
Lenny Cole, a London mob boss, puts the bite on all local real estate transactions. For substantial fees, he's helping Uri Omovich, a Russian developer. As a sign of good faith, Omovich loans Cole a valuable painting, promptly stolen off Cole's wall. While Cole's men, led by the dependable Archie, look for the canvas, three local petty criminals, the Wild Bunch, steal money from the Russian using inside information from his accountant, the lovely Stella. Meanwhile, a local drug-addled rocker, Johnny Quid, is reported drowned, and his connection to Cole is the key to unraveling the deceits and double crosses of life in the underworld.

Taglines:
A story of sex, thugs and rock 'n roll.

Incorrectly regarded as goofs:
On the golf course, Uri advises Lenny that, because they are on the ninth hole, it will take him until sunrise to get back to his car. The ninth and eighteenth greens are often closest to the clubhouse, however many traditional British links style courses have ninth holes that are the furthest point from the clubhouse. This is the basis of the expression, "at the turn" in golf. After the ninth hole, the golfers will turn around and the remaining holes will lead them back to clubhouse. This is also why scorecards say "out" referring to the score on the front nine and "in" for the back nine.

Archie:
People ask the question… what's a RocknRolla? And I tell 'em – it's not about drums, drugs, and hospital drips, oh no. There's more there than that, my friend. We all like a bit of the good life – some the money, some the drugs, others the sex game, the glamour, or the fame. But a RocknRolla, oh, he's different. Why? Because a real RocknRolla wants the fucking lot.

Yeah, we've seen it all before, but…


I have to admit that I have a soft spot for Guy Ritchie's mockney
gangster films. I don't know what it is. I know that they're not very
profound and have nothing to say, I know that they're a pure fantasy
vision of British crime and I know that if you've seen Lock Stock,
you've pretty much seen them all. And yet, as Ritchie returns for a
third iteration of the only formula with which he's tasted success , I
still find myself walking out of the cinema massively entertained.


RocknRolla does absolutely nothing new. A quick list of things it
shares with Lock Stock and Snatch would read thus: fast paced, witty
dialogue; complex, interwoven plot threads; central McGuffin driving
the mayhem (#1 antique shotguns, #2 huge diamond, #3 a lucky painting);
smart, rapid editing; a mountain of Cockney crime stereotypes. Even
things such as hard-as-nails Russian henchmen return. It completes the
upward curve of scale in Ritchie's crime films: from a rigged card game
to a rigged boxing circuit to rigged property development. The crime
lords get larger in stature, the sums of money owed have more zeros on
the end and the capers required to resolve the situation more grand,
but it's still the same concept.

You'd think this was a list of criticisms, and if you found Snatch
wearingly familiar you shouldn't need it spelling out that this film
won't impress you. Looking for originality? Look elsewhere. RocknRolla
may be pushing the formula a little bit, but if you accept that it's
still enormous fun. Ritchie's directing is as proficient as ever, it
moves at a merry old pace and the plot just about stays on the rails.
The characters are endearing and there's plenty of laughs to be had.
Other than its dearth of invention, the only real flaw with the film
lies in the opening fifteen minutes, where Ritchie sets up the plot
strands which will then unravel. Whereas previous films did this in a
smooth, unforced way, here Ritchie lathers it with a liberal helping of
voice-over narration so there's absolutely no confusion possible as to
who is who and what they're after, which on many occasions extends to
pointing out the bleeding obvious. Show don't tell- it's the first rule
in the book Ritchie! It may be getting to the point where RocknRolla
must go down as a guilty pleasure, but guilty pleasures are often the
most fulfilling kind. And so it is here.