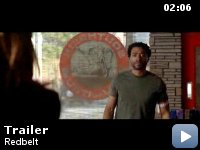 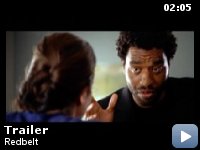 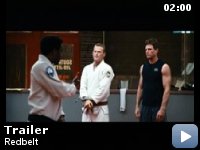 A fateful event leads to a job in the film business for top mixed-martial arts instructor Mike Terry. Though he refuses to participate in prize bouts, circumstances conspire to force him to consider entering such a competition.

Storyline
Is there room for principle in Los Angeles? Mike Terry teaches jujitsu and barely makes ends meet. His Brazilian wife, whose family promotes fights, wants to see Mike in the ring making money, but to him competition is degrading. A woman sideswipes Mike's car and then, after an odd sequence of events, shoots out the studio's window. Later that evening, Mike rescues an action movie star in a fistfight at a bar. In return, the actor befriends Mike, gives him a gift, offers him work on his newest film, and introduces Mike's wife to his own – the women initiate business dealings. Then, things go sour all at once, Mike's debts mount, and going into the ring may be his only option.

Taglines:
There's always a way out. You just have to find it.

Dan Inosanto, who played The Professor, is the foremost student and leading protégé of Bruce Lee.

Continuity:
When Ricardo comes out from behind the curtain the red band on his belt is on the right side. Then when the camera changes it's on the left side.

Mike Terry:
Tie him up.
[to class]

Mike Terry:
Take him to court.

Another searing masterpiece from Mamet!!


I just saw this movie yesterday at the Tribeca Film Festival, NYC. I
have never posted a review at IMDb before, in spite of being a loyal
visitor to this website for 10 years now. However, after watching
Redbelt, I have been forced to say something.

In short the film is about a martial arts instructor who is too
idealistic for the real world around him. Thats why he stays safely
behind the confines of his teaching academy. One night though, a series
of events changes everything and he is forced to come out into the open
and confront the consequences of the ripple effect.

This confrontation, in the hands of David Mamet becomes white hot and
you can feel the tension of the film in your pulse. The audience
applauded many scenes and in the end I think the standing ovation must
have lasted five minutes or more. Many people also felt that this film
should have been considered for the Cadillac Award, and were
disappointed that Redbelt was ineligible for the top competition honor.

As always taut screenplay and cracking dialogues were the hallmark of
the film, like any other Mamet movie or play. During the course of the
film I couldn't help but wonder at the raw intensity that Mamet manages
to bring to his films. I have not been able to pin point so far, but I
do see parallels between the protagonists of his earlier film Spartan
(played by Val Kilmer) and Redbelt (played to greatness by the ever
brilliant Chiwetel Ejiofor).

Overall an amazing film and Mamet fans won't be disappointed.