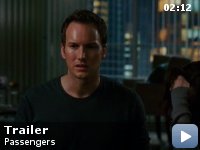 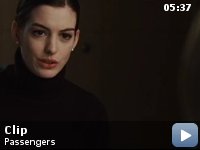 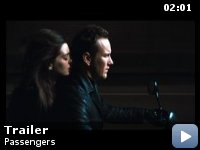 A grief counselor working with a group of plane-crash survivors finds herself at the root of a mystery when her clients begin to disappear.

Storyline
After a plane crash, a young therapist, Claire, is assigned by her mentor to counsel the flight's five survivors. When they share their recollections of the incident — which some say include an explosion that the airline claims never happened — Claire is intrigued by Eric, the most secretive of the passengers. Just as Claire's professional relationship with Eric — despite her better judgment — blossoms into a romance, the survivors begin to disappear mysteriously, one by one. Claire suspects that Eric may hold all the answers and becomes determined to uncover the truth, no matter the consequences.

Taglines:
The line between this world and the next is about to be crossed.

Revealing mistakes:
When Claire is going through the pilot's logbook on the porch, you can see that most of the blocks on the right-hand page have "check marks" in them. These blocks should have "hours" in them for conditions of flight – how many hours were at night, in instrument conditions, etc.

A decent drama, but not really a "horror-thriller"


I enjoyed this movie, but you need to be wary about how it's being
described as a drama- horror-thriller. It's far more a drama than
thriller, and I can't think of any horror elements in it at all. I
don't want to give any of the movie away, so I'd like to describe what
might make it more likely that you'd enjoy it.


Passengers concentrates on character development and primarily on
Claire Summer (Anne Hathaway), a therapist who suspects she's
discovered a cover-up while treating the survivors of an airplane
crash, but also deals with her awakening to the reality that she's
sacrificed too much personal life for her career. Her loneliness is as
important to this movie as the mystery she's trying to unravel.

I liked Hathaway in this role. I wouldn't normally have thought of her
as playing the part of a professional woman with two Masters degrees,
as she usually conveys beauty and warmth instead of intellect. However,
she's portraying a young academic on her first real-world case and
she's convincing when she spouts the predictable, psychobabble an
inexperienced therapist would likely spout. I also liked her
relationship with her mentor Perry (Andre Braugher). The only weakness
in the film might be insufficient scenes exploring her loneliness. It's
the reason she gets involved with Eric (Patrick Wilson) but it should
have been set up better. I'm not sure we're entirely convinced she
would have gotten involved with him. Her isolation from family and
friends should have been developed more.

It's not a great movie, but I did enjoy it, and I don't find the
complaints I've heard about the movie credible; that it's slow and
derivative. North Americans have developed such short attention spans,
"slow" often only means there's not a car crash every few minutes. Yes,
it's derivative, but so is Eagle Eye, a film currently doing very well
at the box-office, which is obscenely derivative, but it doesn't seem
to bother anyone since it's loaded with car crashes and other mindless
action. (Eagle Eye is also appallingly dumb!)

If you're looking for a drama with some elements of suspense which
takes it's characters seriously, then I would recommend it.