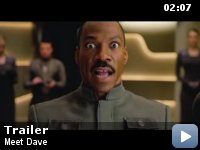 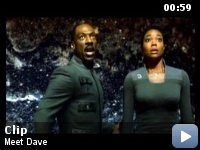 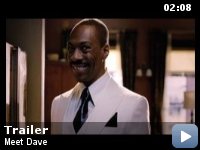 A crew of miniature aliens operate a spaceship that has a human form. While trying to save their planet, the aliens encounter a new problem, as their ship becomes smitten with an Earth woman.

Storyline
A spaceship shaped like a human lands face first on Liberty Island. Its crew (of tiny, intelligent, and unemotional beings) is looking for an orb sent from its planet to extract the oceans' salt, which will ruin Earth. The orb is in the possession of Josh, the fifth-grade son of a single mom whose car strikes the ambulatory alien spaceship and cripples its power supply. The crew has 48 hours to recover the orb, throw it in the Atlantic, and leave Earth. Over the course of two days, the ship's crew experiences chaos and emotion in New York. Do Earth's giants – Josh and his mom – have anything to teach these brainy aliens? Meanwhile, mutiny is afoot and the cops are closing in.

Taglines:
There's a Whole Other World Going on Inside of Him.

Continuity:
When Gina gives him the tomato ketchup, he drinks it and there is some sauce still on his lip. However, in the next scene, where the cat approaches him, the sauce is gone.

Wonderful feel-good movie…no matter what anyone else says


It is rare for me to feel so strongly about something that I actually
register on a website JUST to add my own comment to it. Well, this is
what I just did here on IMDb because…. this movie rocks. I'm looking
at the ratings breakdown and almost half of the votes are 1 out of 10
while the other half is evenly spread over ratings from 2 to 10. Is it
just me or does someone want to bring this gem of a movie down? o_O


Eddie Murphy is awesome as both Dave (the ship) and its captain, and
the supporting cast is brilliant…I smiled throughout the whole movie
and had some real laughs, the plot is tight with no real holes I could
make out, AND… whoever it was that said the whole premise is silly
and laughable is forgetting one important thing about these kind of
movies: They're fantasy entertainment.

And on that basis, "Meet Dave" works. Humor, warmth, a
friendship/self-confidence message, faith in the good in humans, it's
all there and wonderfully done. Of course the plot is more than
unlikely, but that's the beauty of movies in general – they can take
you to an imaginary world and let you be amazed at the "what-ifs."

It's just such a shame that most people aren't even going to bother
seeing this once they glance at the IMDb rating. As for me, I can't
wait for the DVD release. It rocks, from the first minute to the last.