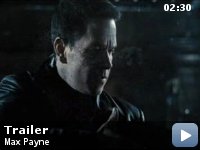 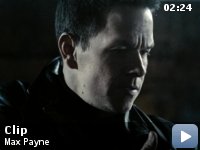 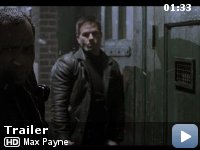 Coming together to solve a series of murders in New York City are a police detective whose family was slain as part of a conspiracy and an assassin out to avenge her sister's death. The duo will be hunted by the police, the mob, and a ruthless corporation.

Storyline
Three years ago, NYPD detective Max Payne's wife and baby were murdered. Max gets himself transferred to the cold case office where he can continue searching for the killer who got away. He's a loner, but two people reach out to him during a fateful week: Alex, his ex-partner who may have found a clue, and BB, the security chief at the pharmaceutical company where Max's wife worked. Meanwhile, bodies are piling up, some as a result of a drug on the street that is highly addictive and, for many who take it, brings hideous hallucinations. When one of the bodies is a woman Payne was the last to see alive, her sister comes looking for him armed to the teeth; Max must move fast.

Director John Moore has said that he tried to please fan requests as much and frequently as possible.

Revealing mistakes:
The snowstorm is clearly staged, based on a shot of moths buzzing around a street light, which of course wouldn't be happening in the middle of winter.

Did anyone who made this film even play the game?


We know that Mark Wahlberg refused to play Rockstar's "Max Payne" game
before performing in this film, but, in addition, I must assume that
neither the director nor the screenwriter ever played this game before,
either. If there weren't so many shots of the background scenery that
tied in with the game (although they were never fully or, in some
cases, partially explored), I would assume that no one involved in the
movie had even seen cut scenes from the game. I would have assumed that
they got a one paragraph synopsis on the game, with character names,
and just made up their own story that barely connected to the game
storyline.

When this movie was made for a "PG-13" rating instead of an "R" rating,
most of the fans were nervous. And, after seeing the train wreck this
film became, it's clear to see that our worst fears were realized.
Worse even than whether this works as a movie adaptation of a video
game is whether this film would works as a movie if you have no
knowledge of the video game. Unfortunately, if you went to see this
film looking for an action flick, you would say that this was one of
the most boring, yawn-inducing films you'd seen in the action genre.

The lack of narration throughout this film, the lack of a solid action
director like John Woo (who knows how to do slow-mo), and the lack of
anyone from the Rockstar team helping with screen writing added up to
what can only be described as a hollow, dull film that has virtually no
tie to the amazing game that spawned it. The studio system strikes
again.