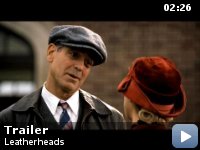 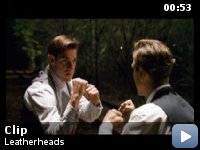 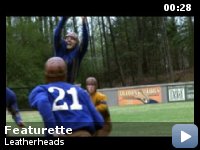 In 1925, an enterprising pro football player convinces America's too-good-to-be-true college football hero to play for his team and keep the league from going under.

Storyline
A romantic comedy set against the backdrop of America's nascent pro-football league in 1925. Dodge Connolly, a charming, brash football hero, is determined to guide his team from bar brawls to packed stadiums. But after the players lose their sponsor and the entire league faces certain collapse, Dodge convinces a college football star to join his ragtag ranks. The captain hopes his latest move will help the struggling sport finally capture the country's attention. Welcome to the team Carter Rutherford, America's favorite son. A golden-boy war hero who single-handedly forced multiple German soldiers to surrender in WWI, Carter has dashing good looks and unparalleled speed on the field. This new champ is almost too good to be true, and Lexie Littleton aims to prove that's the case. A cub journalist playing in the big leagues, Lexie is a spitfire newswoman who suspects there are holes in Carter's war story…

Taglines:
In the beginning, the rules were simple. There weren't any.

Carter Rutherford is loosely based on the real life football star Harold 'Red' Grange. His agent in the movie, C.C. Frazier, is based on his real life agent C.C. Pyle.

Errors made by characters (possibly deliberate errors by the filmmakers):
When Dodge and Lexie dance in the speakeasy, he leads with his right hand. Men always lead with their left hand.

C.C. Frazier:
You know, there are many qualities I admire about you, not the least of which is intelligence. If you print that story, I will have your job.

Lexie Littleton:
You wouldn't be good at it.

A slapstick comedy that is cute and enjoyable to watch


(Synopsis) Jimmy "Dodge" Connelly (George Clooney) is the team captain
of the Bulldogs in the struggling pro football league in 1925. The
entire pro football league is in danger of collapsing, one team at a
time, and his team is next. Dodge gets an idea of saving the team by
recruiting a college football star who fills the college stadium with
over 45,000 cheering fans. With the lure of big money, Dodge is able to
convince Carter Rutherford (John Krasinski) to drop out of college and
join the team. Carter is not only a star football player who can outrun
his completion, but he is also a national war hero of WWI who
single-handedly captured a platoon of German soldiers. Lexie Littleton
(Renee Zellweger) is a newspaper journalist assigned to get Carter's
real inside story about the capture of the German soldiers. To get the
story, Lexie must travel with the team, and in time, both Carter and
Dodge fall for her. Only one will win her love as the fourth quarter
comes to an end.


(My Comment) George Clooney not only starred in this slapstick comedy,
he also directed it. The movie may not win any awards, but it is
enjoyable to watch. Since the movie took place in 1925, the writers
took us back to that time, and slapstick was the rule. If you let
yourself go and get into the movie, you will actually get the feel of
that era. George is very talented, but I don't think he has a flair for
comedy. Renee Zellweger and George share a chemistry together that
works well for this movie. You may think this is a chick flick, but you
would be somewhat wrong. The love angle doesn't really get going until
the end. You will love the way they play pro football with very few
rules, especially, the last game that is played in the mud. This is a
cute movie, and I know they had a lot of fun making it, because it
shows. (Universal Pictures, Run Time 1:54, Rated PG-13)(7/10)