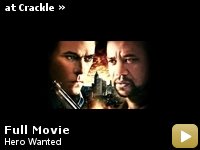 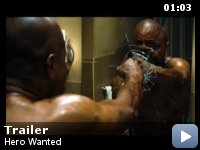 After he awakens in a hospital, a man tracks down and murders the man that left him and a bank teller for dead during a robbery, only to end up having the slain thief's associates come after him in retaliation.

Storyline
A man seeks out and murders the thief that left him and a bank teller for dead during a robbery, only to end up having the slain thief's associates come after him in retaliation.

Taglines:
The Hero Becomes the Hunted.

Scott Caan and Rachael Leigh Cook were considered for roles.

Crew or equipment visible:
During the fast Steadicam move towards Derek firing the machine gun just after the police cars arrive, it's possible to see the edge of something attached to the camera on the extreme left of frame.

Liam Case:
Revenge. It's an airborne disease. And it travels fast.

I usually like the leads and the acting wasn't too bad but the plot and
scripting was too ridiculous to hold your attention too long,
especially for the last 20 minutes. I just wanted it to be over.

The junior bad guy just shows up in a bar and demands a meeting from
one of the really tough guys. Who promptly dumps the woman he is with
to listen to junior. And what is the message? That junior wants to meet
the next day. Wow.

So they meet the next day and after some tough talk they decide to pull
a bank job based on some information from some guy that only Junior
knows. Why? Because Junior insists "he knows all the security and
routines". It's hard not to ask whether guys this stupid can make it
out of their teens.

And then after Gooding has killed a few of them, instead of just
tracking him down and putting a bullet in his head they kidnap a little
girl. Why make things so complicated? Apparently the only reason is to
make us loathe them even more, but it comes across as another example
of just too dumb to believe. A cheap ploy by a film that tries to take
itself way too seriously. And we haven't even gotten to the shootout,
where a guy yells stereotypic tough guy lines, then escapes the half
dozen cops that are shooting at him by getting up and walking into the
next room where he can take on the hero one on one. Or the reprise of
the little girl. By that time I had the sound on and the video off and
was reading email, waiting for the dumb thing to be over. I gave it a
heartfelt 3. For Liotta and Gooding to be involved with this turkey
should be an embarrassment to them both. Good grief.