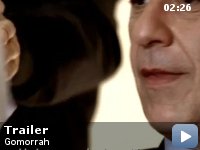 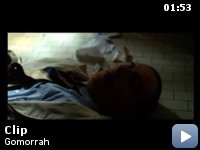 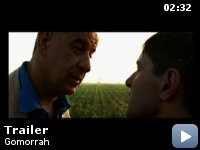 An inside look at Italy's modern-day crime families.

Storyline
"Gomorra" is a contemporary Neapolitan mob drama that exposes Italy's criminal underbelly by telling five stories of individuals who think they can make their own compact with Camorra, the area's Mafia.

Matthew Herbert composed an unused score for this movie.

Revealing mistakes:
At the beginning of the movie you can clearly see the character named "Amerigo" (America) belly moving, when his dead body remains on the chair, where he has been having his nails cut.

Much of Gomorra takes place in and around a crumbling housing project,
that in establishing shots looks as if it were a rotting labyrinth
pyramid. The very structure of the film's slums serves itself as a
visual metaphor for the Camorra crime institution in Naples. It's a
bureaucratic shuffle, rivaling a large capitalist corporation, equally
ruthless but in different senses of the term. Their products are drugs,
extortion, and toxic sludge. Their version of corporate take-over
involves murderously shameless acts of extreme violence.

Matteo Garrone deftly directs Gomorra, based on the novel of the same
name by Roberto Saviano. It contains a labyrinth plot serving to depict
a labyrinth lifestyle. One storyline focuses on a young boy, Toto, who
lives in that decaying pyramid, and wants to join up with the gangsters
who run it. By the end of the film, his youth will be shattered, and
he'll have done things to those around him that would have seemed
unthinkable before. He's the ground soldier in the gangster empire.

Don Ciro is an aging money runner, delivering rations to the families
of mob prisoners. He gets increasingly caught between the war between
factions within the complexes, and before long takes to wearing a
bullet proof vest in fear of his own safety.

Roberto is a college graduate, given a high profile job working with
Franco, who runs a scheme disposing of garbage and waste from the city
by burying it in the countryside – a move that has sent the cancer rate
in the countryside through the roof. Roberto must face his own
conscious as he becomes more and more aware of the corruption of work.

Pasquale is a talented designer, who's put to work by his friend and
boss completing a contract for dresses in less time than he and the
workers should like. At great personal risk to himself, he takes an
offer from a Chinese factory boss to gives lessons to his workers. The
job means crossing the Comorra, so he is hidden in the trunk on the
drive to the factory, with a modified hole behind the backseat so he
can stick his head out to breath and chat.

The other storyline follows two Scarface-wannabes who long to be the
crime bosses of all bosses. They cross the local boss by stealing drugs
from dealers, causing trouble, then by stealing weapons from a mob
cache, raising Cain. They are knuckle-heads, a couple of kids too
stupid to see the truth behind the phony glorification of the gangster
lifestyle.

That phony glorification is entirely absent here. Garrone observes his
gangsters with an eye of contempt. There is no Robin Hood imagery in
Gomorra. It puts on full display the ruthlessness of the gangster
culture. It's a gangster as capitalist world, one where turning to
killing kids or a woman is looked down upon, but not off-limits.

The film starts off with a fantastic sequence of tanning machines and
surprisingly graphic murder, which would lead one to think that they
were moving headlong into a Scorsese-like blood bath of macabre. You'd
be wrong though. Gomorra is a very patient film, slowly unraveling its
stories. It's clearly influenced by the early Italian Neo-Realists, and
also has elements that reminded me of the gangster pictures of
Jean-Pierre Melville. Garrone shoots in a documentary style with
hand-held camera shots. It jumps between its story lines with utmost
patience, which might slow down the film's pace more than many would
like or are accustomed to. If you do not realize the scope of the
Camorra's activity in nearly all facets of commercial and communal life
in and around Naples, the connection between the stories may seem
unclear. But that's one of the main services of the picture, to show us
just how entrenched the mafia has remained in parts of Italy.

Although mob movies are a dime a dozen, Gamorra enters as a gangster
epic with freshness. It's a very European film, and as far as gangster
pictures go, with its no nonsense documentary style, and only slowly
escalating violence and patience it feels like a unique addition to the
genre. Gomorra is sure to split, maybe even downright annoy audiences
looking for something more conventional. It defies at least most of the
genre's clichés, and aims high with its quiet ambitions.

Gomorra won the Grand Prix at this year's Cannes Film Festival, and has
been slotted as Italy's official entry into the 2009 Academy Awards for
Best Foreign Film.