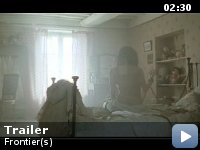 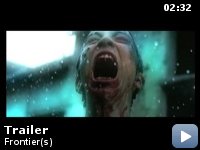 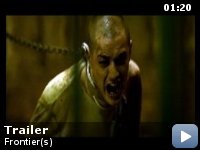 A gang of young thieves flee Paris during the violent aftermath of a political election, only to hole up at an Inn run by neo-Nazis.

Storyline
In Paris, during the riots due to the election of a conservative candidate to the presidency of France, a group of four Muslin small-time criminal teenagers from the periphery; Alex, Tom, Farid, the pregnant Yasmine, and her brother Sami, plan to run away from Paris to Amsterdam with a bag full of robbed money. However, Sami is shot and the group split up, with Alex and Yasmine going to the emergency hospital with Sami while Tom and Farid head to the border with the money. Tom and Farid decide to stop in a bed and breakfast nearby the frontier, and are hosted by Gilberte and Klaudia that offer free room and sex to the newcomers. They call Alex and Yasmine who are fleeing from Paris to join them in the inn. But soon they discover that their hosts are sadistic cannibals of a Nazi family leaded by the deranged patriarch and former SS officer and Nazi war criminal Le Von Geisler who plans to make Yasmine the brood mare for a new Aryan master race.

Taglines:
Some lines should not be crossed…

Banned in Thailand for its violence.

Continuity:
In the middle of the movie, when Farid escapes to the basement, he hits Karl in the face with a sledgehammer and knocks him down. Then, in the next scene Karl is sitting at the dinner table, with no mark of that stroke on his face.

Yasmine:
My name is Yasmine. I'm three months pregnant. One day, someone said "Men are born free with equal rights". The world in which I live is the opposite. Who would want to be born to grow up in the chaos and the hate? I've decided to spare him the worst.

Lives not closely up to the hype

Damn, after really good french movies like A L'interieur and High
Tension I was really eager to see Frontieres from reading all the
positive reviews. The movie starts out kind of different with political
riots and some kids who seem to have stolen money in the hassle. After
some dramatic departure of one gang member they flee and split up to
meet at the border to go to the Netherlands. The first two take a break
in a hostel (Yeah, Hostel everyone!) where they soon meet some strange
backwoods girls and a butcher guy… after some uninspired sex with the
girls the action breaks loose just waiting for the other 2 to arrive
You can pretty much guess what happens… like in a million other
movies they were killing tourists for years (clicheed pictures of boxes
full of cellphones and passports and abandoned cards hint to that like
in Wrong Turn etc.). Its exactly the old TCM Theme with a real messed
up family which in this case happen to be the followers of some cliché
Neonazi who talks a real fake mix of french and German. You get some
violence and torture and like the french love it the only girl turns
out to be the toughest of the gang. The cinematography is nice, the
acting is OK, the gore is kind of average considering that we live in
the age of torture-porn Saw/Hostel movies and the violence is not as
over the top as I expected. What bothered me about Frontieres is the
strange pacing… the movie is way to long and beginning and end are
strangely torn by some cheesy dramatic elements (the female main actor
real overacts the last sequences… it seemed way off to me how they
were all permanently crying in this movie or telling each other how the
love them). The main part of the movie is stretched and seems kind of
random in how the family story is implemented. Its just puzzled
together with a decrepit slobbering grandma, then some deformed
children in the basement, Nazi Daddy and the obligatory good character
in form of a seemingly sick girl who lends a helping hand in the
backwoods mess. Most of this stuff is just thrown in, dropped off and
doesn't work as creepy as e.g. the family story in TCM2 but rather
seems like a patchwork of loose ideas. Frontieres is not a bad movie
but it suffers from a kind of stylistic inconsistency that throws it
from drama to hostel-horror to weird action-style shootouts and back to
drama. I am a friend of movies that try to break the genre boundaries
but this one didn't quite work. I think A L'interieur did that way
better. If you just rent this for he violence you can fast-forward this
but you won't see anything you haven't seen in other movies before…
OK, maybe I never saw a messed up girl in such a bloody bloody white
dress but the whole idea was there … in other french movies of the
recent past. Overall a rather average movie that obviously stole too
many ideas from here and there.