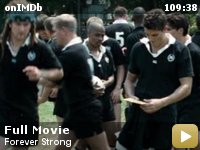 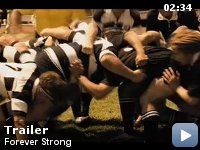 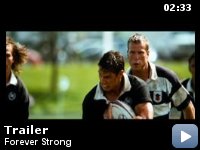 A rugby player is put up in a juvenile detention center. There he plays for the Highland Rugby team and ultimately plays against his father in the National Championships.

Storyline
Rick Penning, the 17-year-old star player on his coach/father's rugby team, lands inside the Wasatch County Juvenile Detention Center following his second drunk driving conviction (and where his father leaves him to rot). Mistrust and dislike of the situation makes Rick anything but a model prisoner, but counselors at the center nonetheless hook him up with the Highland Rugby Team, a team renowned for its long string of successive state championships. Its coach, Larry Gelwix, has a surprisingly unexpected philosophy: train boys to be champions in life first, then on the field. Rick doesn't buy into this, which could earn him some time in State Prison if he doesn't turn his life and attitude around by the time he turns 18.

Taglines:
The Greatest Victories are Born in the Heart

Sean Faris sprained his ankle during the shooting.

Coach Richard Penning:
[after asking Rick to behave unethically]
This is our year. We deserve that title.

Rick Penning:
What do you mean "we?" My team is Highland.

Rick Penning:
Have me arrested.

As a former Highland Rugby(HR) player, I feel like I can possibly
answer some of the questions and confusion that has been put forward. I
think that I am also in a position to offer some insight into the club
and back stories. Oh, and this is gonna be a long post, I can tell
already.

First off, the people who said that the movie doesn't show real rugby,
have a valid point. The movie is full of bad tackles, people in the
wrong places, and much much more. If you want to know what a real rugby
game feels like, you won't get the best idea from this movie. But the
thing is, anything short of actually sitting down and watching a
highlight reel or jumping into a game yourself, is not going to be
satisfactory. It's Hollywood, not ESPN! Really, how many sports movies
really make you feel like you are in the game? Not many that I have
seen. I think it's important to keep in mind that the movie is about
rugby players, much more than it is about rugby.

Next, the Haka is VERY much a part of Highland Rugby. It is not
something that they just threw into the movie. To be honest, I don't
know how the tradition got started, but Highland emulates the All
Blacks in many ways. The uniform is based off of the All Blacks as
well. The movie did not do a good job of explaining the origins of the
Haka, and to be honest, I don't think that that is right. But I can
tell you that every member of the team knows exactly where it comes
from and what it means. As for the person from China(?) who said that
only a Maori can perform a Haka, I would suggest that they take a look
at the All Blacks and tell me if they think that they are all Maori.
Believe it or not, Utah has a very large Polynesian community, and a
good portion of them like and play rugby for the local teams. I, myself
am part Hawaiian. Whenever possible, the Haka is led by a Maori. The
team does not do it because they think that they are Maori, they do it
because of some of the issues shown in the movie. The concept of unity
and "those who have gone before" is a huge part of the HR culture, and
the message behind the Haka, for any of those that are familiar with
it, support those values. It's a chant by a chief who thought he would
die (Ka Mate), and those around him supporting him telling him he will
live (Ka Ora) and boosting him up. How appropriate it is for a bunch of
white boys to do it is not for me to say, but that is the ideology
behind it and why it is done. "Kia Kaha" is also a well used team
motto, even if the actors had a hard time saying it.

Also, for the people who questioned Highland's Rugby playing ability, I
would just remind you that you were not really watching Highland play
in this movie. Many of the extras were former players from Highland and
other teams, but the main characters were all actors. Believe it or
not, Highland really is pretty good at what they do and pretty well
respected in the international community. Granted, some years produce
better teams than others (it's what you would expect with any sports
team), but you don't accumulate HR's win record by just being okay. The
year after I graduated, (1998) Highland was one of 12 teams to be
invited to the World Schools Rugby Championship in Zimbabwe. The teams
were hand picked from around the world and represented the best of High
school rugby talent at the time. Highland obviously didn't win first
place, (New Zealand did that), but they did manage to take third place
in the tournament, beating the Tongan national champions in their last
match. And while American rugby may never reach the level of talent
that New Zealand or South Africa has, third in the world is also
nothing to hang your head about. Highland also has a tradition of
touring New Zealand every few years, and usually comes back with more
wins than losses.

The majority of characters portrayed in this movie are based off of
real people and real stories. I watched this movie with my brothers,
who also played for Highland, and between the four of us, we were
fairly certain that we were able to identify ALMOST every main
character. Nobody knew a white Rasta. Of course as this wasn't a
documentary, Hollywood did take some liberties, but to tell you the
truth, not as many as you might think. The film was actually pretty
accurate in showing the 2 and a half hour daily practices, as well as
the mandatory personal running and weight training. Sometimes it really
was running until you threw up. It also showed the service and other
team activities (like the chuck-a-rama buffet) that were very much a
part of team bonding.

And finally the movie, in my (obviously very biased) opinion, it was a
pretty good movie. And I think that the reason for it is that I watched
it as an inspirational sports movie. I didn't think that it would be a
pure rugby movie or an academy award winning drama. It was just an
uplifting movie about a rugby team, complete with morals,
encouragement, and a good dose of jokes thrown in for entertainment. I
hope that I addressed some of the problems that people have had with
the movie, and hope that you can now enjoy it for what it was.