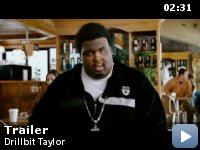 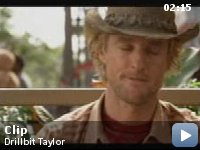 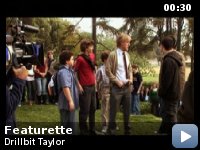 Three kids hire a low-budget bodyguard to protect them from the playground bully.

Storyline
Homeless veteran Bob 'Drillbit' Taylor manages to enjoy life anyhow and even saves some cash for his dream, an 'all-paid' move to Alaska, even if that may take many years. His dream comes within reach when clever nerd Wade, has fat friend Ryan 'T-dog' and cocky shrimp Jim, all new to junior high-school, are bullied so badly by emancipated Filkins and his buddies that they advertise for a bodyguard. Only Drillbit seems affordable and not crazy, so he's hired and drains their pocket-money and home content. He's clueless how to protect them but gives them (bogus) self-defense classes.

Not for Pot Driver

The first (and only) time Seth Rogen has collaborated with someone other than Evan Goldberg, his regular writing partner, on a screenplay.

Continuity:
When Wade approaches Brooke during lunch there is a girl in a pink top sitting next to Brooke. In the next cut the girl in pink is no longer sitting there. There are two other girls sitting on the opposite side of the table as Brooke so that Wade can sit down.

Drillbit Taylor:
[from trailer]
Now in addition to the Chinese Kung Fu we've got a little Mexican Judo, as in 'Judon't know who you messin' with, homz.'

Another inventive comedy from the Apatow crew


I love IMDb.com. I just came here (after seeing the movie) and saw that
John Hughes (using a pseudonym) was one of the writers of this movie.
That makes sense, because the movie covers the awkwardness, danger and
constant potential for life-ruining humiliation that is freshman year
high school. Being "skinny, scared and lonely", as Drillbit Taylor puts
it.

One of the other writers is the awesome Seth Rogen, co-writer & co-star
of "Superbad" and co-star of "Knocked Up".

Owen Wilson is funny, sexy and heartwarming in this role. The trio of
geeky lads who hire Owen as their protector are all played by wonderful
young actors. The Apatow organization seems to have a genius for
finding great and funny teen actors. I was especially impressed by Alex
Frost (he plays the bully) who I think has stardom in his future.

The small roles of the film are filled by standup comics and "The Daily
Show" alumni. Good talent all around.

The movie is not perfect. It's front-loaded — meaning the first half
has so many laughs you can't hear all the lines for the laughter. Then
it suddenly slows down in the second half. It's still interesting —
just not as funny. And when you get to the violent fighting, that dries
up the laughs.

Overall though, any film from the Apatow organization is going to be 6
times funnier and more inventive than the average movie comedy out
there. So go have some laughs.