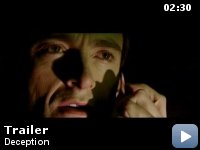 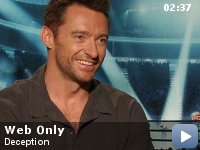 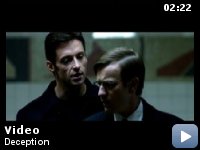 An accountant is introduced to a mysterious sex club known as The List by his lawyer friend. But in this new world, he soon becomes the prime suspect in a woman's disappearance and a multi-million dollar heist.

Storyline
Cat and mouse. Jonathan McQuarry is an auditor in Manhattan, moving from office to office checking their books. While working late, a smooth and well-dressed man named Wyatt Bose chats Jonathan up, offers him a joint, and soon they're pals. When their cell phones are accidentally swapped, Jonathan answers Wyatt's phone to a series of women asking if he's free tonight. Jonathan discovers it's a sex club: busy powerful people meet each other anonymously in hotels. Jonathan falls for one of the club members, whom he knows only as "S," whom he's also seen on a subway. When she goes missing, patterns emerge and Jonathan faces demands involving violence and lots of money.

Taglines:
When you're in this world, no one is who they seem, and everyone is playing the game.

Had a seven-week shoot.

Revealing mistakes:
In the narrative of the story, the point is made that the intent of one of the rules of The List is that of anonymity. When McQuarry met the Wall Street Belle (Charlotte Rampling's character), while she herself offers no clues to her identity, she makes no effort to conceal it either. McQuarry easily learns her identity when he sees her portrait on the cover of Forbes magazine.

Jonathan McQuarry:
[after having sex with a woman in The List]
Can I ask you something? Why do you do this?

Wall Street Belle:
For the same reason that men do it – the economics of the arrangement. It's intimacy without intricacy. I work past midnight almost every night.


Two things to say about this film.

Firstly, what an astoundingly rubbish title for a movie. "Deception"???
Oh, come on. Can you think of a more non-committal, less interesting,
less imaginative title for a movie? I can't. All thrillers are about
deception, of one kind or another.

"Deception" originally went into production under the title "The List".
Hmm… Well… OK. I admit it. That title is also pretty bad. Then,
"Deception" was going to be called "The Tourist". Now, I kind of like
that. Sounds art house and kind of strange. Conjures up images of an
observer, an outsider. Somebody not in the loop. In fact, pretty much
the character that Ewan McGregor plays.

"Deception" is a good 20 minutes too long. After a while it just seems
to go on and on. The climax is misjudged and mistimed. The sex is
typical Movies 24 soft core erotica, or maybe a Friday night Channel 5
movie from the early Noughties. You know the kind of thing. Soft focus
humping to a soundtrack of screaming saxophone driven jazz. (Mind you
don't trip over the cliché, there chief!) Also, every plot twist in
"Deception" is signposted way in advance. If you don't get at least one
of the major plot twists then, frankly, you really should give up
watching movies. Pretty lame, pretty dull, pretty bad movie.

I said 'mostly rubbish', so some of it must have been good. Yes?

I did like the film's chilly, European ambiance. I liked the idea of
powerful people, too isolated and too busy to develop human
relationships. I liked Hugh Jackman's well dressed and cold instigator,
Ewan McGregor's lonely accountant and Michelle Williams' bruised
vulnerability. I thought all three leads made the most of their
underwritten roles, but sadly it was not enough.

TagsUSA
The Objective
Then She Found Me