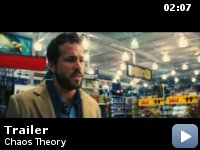 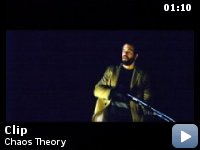 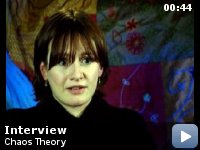 The story of an obsessively organized efficiency expert whose life unravels in unexpected ways when fate forces him to explore the serendipitous nature of love and forgiveness.

Storyline
At his daughter's wedding, time-management specialist Frank Allen corners the reluctant groom and tells him a long story: about the night his wife chose him, and then, about eight years later, when a missed ferry, a corporate groupie, a panicked expectant mother, and a medical test brought Frank's marriage to a crisis. In the midst of the crisis were Frank, his wife Susan, their daughter Jesse, and Frank's best friend, the feckless Buddy. Things come to a head at a lake when Frank, armed with a shotgun, decides to cross something permanently from one of his time-management lists. Is there ever room for whim and chaos?

Taglines:
He planned his life like clockwork. Now things are going cuckoo.

Jesse Allen:
[to Maid of Honor, while wearing wedding dress]
Give it to me straight: virginal bride or slut in white?

Chaos Theory is an extremely well done film. It is a serious, emotional
and at times humorous look at life and love that is incredibly honest
and centers around equally honest and real characters. With the feel of
a good indie flick and a strong leading man, Chaos Theory is one of
those rare, genuine explorations of the human condition.

Frank Allen (Ryan Reynolds), an obsessively organized efficiency expert
and top-selling author, has spent his entire life planning out every
little detail and following the lists and schedules he makes for
himself. He clings to controlling everything because it brings order,
which gives him a sense of comfort and peace of mind.

One day, Frank's wife Susan (Emily Mortimer) sets the clocks forward
ten minutes to help him be early for his schedule but accidentally sets
them back ten minutes instead, making him late for his lecture on
efficiency and setting off a chain of events that sends Frank's life
spiraling. Through a course of seemingly random events, he learns some
new information that, in effect, reveals to him that much of what he
believed about his life is based on false information.

Not knowing how to deal with the revelation, Franks throws everything
he's ever believed about order and efficiency out the window and starts
living life on whim and chance. As he lets chaos overtake his life, he
struggles to deal with the new truth that defines his life and forgive
those involved.

The movie has its share of funny parts, but it really shines in its
dramatic moments – when it's serious and honest. It effectively deals
with things like relationships, truth, friendship and forgiveness, and
it all feels true to how real people would react. As Frank and Susan
try to deal with the new information, they begin to reassess their
marriage and Frank questions what he's believed in for so long. His
downward spiral into chaos is both interesting and realistic as well;
none of it rings false. As you watch it all transpire on the screen,
you're able to understand and relate to many of the emotions that Frank
is struggling with.

Much of this success comes from the performance of Ryan Reynolds, an
actor best known for comedic roles in movies like Waiting… and Van
Wilder, but who has an intensity and seriousness about him that
translates powerfully to other types of roles. This is evident in
Definitely, Maybe as well as Chaos Theory, and the latter is quite a
departure from the comedy work he has done previously – one he excels
in and should do more often.

One scene where his talent and intensity really comes through is when
Frank pulls over onto the side of the road just after he discovers the
life-altering news. As he sits on the curb trying desperately not to
break down, choking back tears and vomit, his pain is clearly visible
in both his eyes and in his physical anguish, and it exudes off the
screen. The strength of Reynolds' performance really heightens this
scene, as well as the whole movie, and makes the character and his
feelings relatable and evocative for the viewer. Reynolds easily
carries the movie, which is even better off because of it.

Chaos Theory is an extremely honest, sometimes sad, always emotional
and very real exploration of how a person deals with a drastic change
in their life. With a strong and atypical performance from Ryan
Reynolds, and enough humor, hope and insight to keep it from being
depressing, Chaos Theory is definitely one of the more intelligent
films of 2008 and shouldn't be missed.