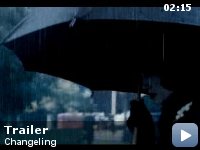 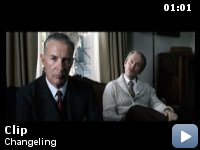 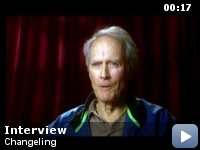 A grief-stricken mother takes on the LAPD to her own detriment when it stubbornly tries to pass off an obvious impostor as her missing child, while also refusing to give up hope that she will find him one day.

Storyline
Los Angeles, 1928. A single mother returns from work to find her nine-year-old son gone. She calls the LAPD to initiate a search. Five months later, a boy is found in Illinois who fits the description; he says he's her son. To fanfare and photos, the LAPD reunite mother and son, but she insists he's not her boy. The cops dismiss her as either a liar or hysterical. When she joins a minister in his public criticism of the police, they in turn use government power to silence and intimidate her. Meanwhile, a cop goes to a dilapidated ranch to find a Canadian lad who's without legal status; the youth tells a grisly tale. There's redress for murder; is there redress for abuse of power?

Taglines:
To find her son, she did what no one else dared.

The fate of Sanford Clark, the 13-year-old boy who was forced by his uncle, Gordon Northcutt, to participate in some of the Wineville Murders, is not mentioned in the film. After leading the police to the bodies at his uncle's farm, Clark was sentenced to five years at Whittier Boys School in California. A sympathetic L.A. District Attorney, Loyal Kelly, later had Clark's sentence reduced to 23 months after the school reported that Clark showed promising job skills and a genuine desire to reform. Clark returned to Canada, where he served in the Canadian military during World War II, and later worked as a mailman for 28 years. He married, adopted and raised two children, and served local community causes throughout his life. Sanford Clark died in 1991.

Crew or equipment visible:
During Walter's David's and Jeffery's escape, just after Sandford Clark says "They're not in there." and just before Northcott says, "Get into the car!" the camera operator's shadow is visible for a few frames in the left hand corner of the frame just before he pans it to follow Clark as he runs to the car.

Christine Collins:
Sorry, sport. You can sleep in tomorrow, that's what Saturdays are for.


There is nothing more reliable than Eastwood behind the camera, with
his assured touch his films are never boring or deliberately confusing,
hiding technical devices or special effects that detract from the most
important part of movie making: a good screenplay, a good story, good
acting. For the past 10 years, many films have been unduly praised
because they have one or two great performances, unfairly leaving many
good and deserving movies without the recognition they deserved.
Eastwood has however, given us the whole package time after time, with
movies as varied as "Mystic River", "Letters", "Million Dollar Baby"
and now "Changeling". True, there is a link, they are all strong films,
with themes that deal with pain and loss, but the stories are
different, the settings require an amazing attention to detail, what
they all share is a strong focus, and interestingly enough, superb
performances.

Eastwood has paved the way to acting honors for Penn, Freeman, Swank,
Hackman, and others that were continuously ignored by the Academy.
There is no denying the power of their performances in Eastwood's
movies, and that leads to the center of this film: Jolie. I read
recently that her performance has been attacked as being affected and
the attempt of a star to look normal. Putting aside those silly and
biased remarks, let's state something clearly, the lady has given us a
fantastic tour de force, proving that she can be both a star when
looking at the other cameras, but that when she is working for a
director, she gives her best, regardless of what our perception of her
private life might be. If you are a critic with a personal disapproval
of that persona, keep it to yourself, concentrate on the film and the
work of the performer.

As the mother who desperately wants the truth about her child, Angelina
is flawless. We can read the pain in her eyes, the determination and
the disturbing reality that her obsession might be having unexpected
results, but one thing is clear, there is a drive that won't quit, and
it's admirable for those of us who want her to be reunited with her
child, and it's quite inconvenient for the people who have other
interests at hand.

Her battle with the folks at LAPD is of epic proportions, and it is
amazing that she held on to her goal of exposing the corruption that
she encountered as she searched for her missing boy. There are some
horrific moments in the film, as we relieve some of the injustices and
Gothic horror of places like the hospital in this film. There are also
some background scene that might or not reveal what really happen.
There are moments when one is a bit exhausted from all the information
the film delivers, but every moment is worth it. It is all framed with
an expert hand, and it is anchored by the very powerful work by Jolie
and the rest of an amazing cast that brings to life emotions such as
madness, anger, pain, sorrow, and many times, disbelief that humans can
be capable of such terrible actions.

The film contains amazing production values, as we are taken back to an
era that doesn't exist anymore. The recreation of the time Los Angeles
was on its way to being a real city is incredible, as we see it before
it fell apart and spread all over a gigantic geographical area, losing
its identity. The musical score is a sweet melody that hints at the
love and pain themes in the film, and there are some moments bound to
become classic, as children tell the stories that adults might not want
to face or believe.

All in all, "Changeling" may be very difficult to sit through, but it
is not less impressive, effective or good than any of the last five
films Eastwood has made. As a matter of fact, it's just one masterpiece
from the man who could teach Hollywood a few lessons.