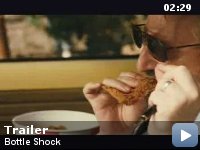 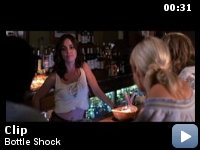 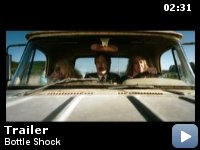 The story of the early days of California wine making featuring the now infamous, blind Paris wine tasting of 1976 that has come to be known as "Judgment of Paris".

Storyline
In 1976, Steven Spurrier, a sommelier in Paris, comes to the Napa Valley to take the best he can find to Paris for a blind taste test against French wine. He meets Jim Barrett, whose Chateau Montelena is mortgaged to the hilt as Jim perfects his chardonnay. There's strain in Jim's relations with his hippie son Bo and his foreman Gustavo, a Mexican farmworker's son secretly making his own wine. Plus, there's Sam, a UC Davis graduate student and free spirit, mutually attracted to both Gustavo and Bo. As Spurrier organizes the "Judgment of Paris," Jim doesn't want to participate while Bo knows it's their only chance. Barrett's chardonnay has buttery notes and a Smithsonian finish.

Taglines:
Based on a true story of love, victory and fermentation.

In-joke: Maurice (Dennis Farina) adds a wry reference to labor issues with film production during Scene 24 (minute 91:54) as guests and judges arrive. He claps his hands and in bad French urges a chauffeur to get moving and park the cars, followed by "Let's go! You're not a Teamster, ya know!"

Audio/visual unsynchronized:
While Bo and Sam are kissing before Bo leaves for France, she's holding his face while two wisps of hair droop down on his right side. When the camera films to show her face, all his hair is pushed back by her hands.

Bo Barrett:
[voice-over during a vineyard pan]
It wasn't always like this. Before Paris, people didn't drink our wine. I mean, my friends did. But you could hardly consider their palates discerning…


I have to disagree with the negative comments. Of the six or so films I
saw, this one was the best. First off, it was beautifully shot. The
scenery that was captured is going to get people to visit Napa on it's
own. Alan Rickman was as great as always, and Freddy Rodriguez was
amazing. Bill Pullman's character, as the owner of the winery, had a
terrific arc. I understand that elements of the story were
fictionalized, but I come to expect that with most "based on a true
story" films.

There were some great, touching scenes between the father (Pullman) and
son (Chris Pine) and with Rodriguez as almost a "son he never had" type
of character. Oh, and Dennis Farina nearly steals the scenes with
Rickman he's so funny – I have to say nearly, because I love Rickman.

In all it was thoroughly enjoyable, and I talked it up with several
other movie goers on the tram ride afterward, and EVERYONE I spoke to
loved it.

TagsParisUSA
Filth and Wisdom
The Class