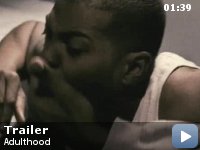 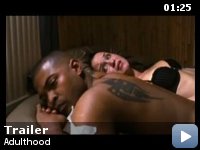 Six years after Sam Peel is released from jail for killing Trife, he realizes that life is no easier…

Storyline
Six years after Sam Peel is released from jail for killing Trife, he realizes that life is no easier on the outside than it was on the inside and he's forced to confront the people he hurt the most. Some have moved on, others are stuck with the repercussions of his actions that night, but one thing's for certain – everyone has been forced to grow up. Through his journey Sam struggles to deal with his sorrow and guilt and something else he didn't expect – those seeking revenge. As he's pursued by a new generation of bad boys, Sam sets about trying to get the message across to his pursuers that they should stop the violence, much like Trife tried to tell him all those years ago. Can Sam stop the cycle of violence and make something positive from the destruction he caused or will his journey into Adulthood end here?

Continuity:
When Moony is in Uni talking to his girlfriend, in one shot he has a cap in his hand in the second shot he doesn't.

Sam:
And you. Try to get my own brother to kill me? Are you dizzy, blood?


Having just seen this film at a BAFTA preview, I felt that it deserves
a favourable review. Noel Clarke has realised a well written,
captivating film. Melodrama and action is finely balanced, moving the
storyline smoothly along whilst capturing all the relevant aspects of
the protagonists journey. There were one or two contrivances that were
a little beyond expected reality, but they weren't totally unreasonable
and only served to highlight the overall realism of the storyline. It
is after all a drama and some concessions need to made to keep the
suspense. The characters are all extremely believable and the cast all
contribute with superb performances, bar none. Noel Clarke's own
performance is outstanding, and is the bedrock of the film. Having only
been aware of him from his appearances in Dr.Who, I was pleasantly
surprised at the depth of character he manages to portray. The dialogue
seems to be authentic in style and avoids making the actors seem like
caricatures, as can so easily be done in films of a similar theme.
Brian Tufano's cinematography was well measured and help to maintain a
good balance between some nice editing, great soundtrack and solid
direction.

I think Noel Clarke should be justly proud of his achievement in
writing , starring and directing this genuinely entertaining film. If I
seem to be lauding too much praise, it is because this film didn't fail
to deliver where so many other low budget films do. It is a film with
honesty, heart, action and integrity without preaching or patronising
the viewer.

I liked it and I'm a cynical sod, so if anyone sees Noel Clarke, tell
him he done alright.