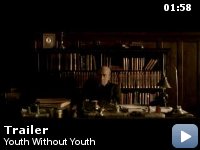 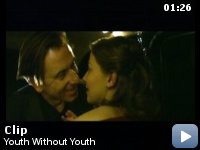 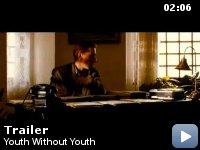 A love story wrapped in a mystery. Set in Europe before WWII, a timid professor is changed by a cataclysmic event and explores the mysteries of life.

Storyline
1938, Romania: at 70, a professor of language and philosophy, Dominic Matei, contemplates suicide: the love of his life is dead, and he remains unable to complete his life's work on the origins of language. Then, he's struck by lightning. After a slow recovery, he grows younger. He must now avoid Nazis, who want to study and experiment on him. Some years later, he meets a young woman who has her own passage through a lightning storm. Not only does Dominic find love again, but her new abilities hold the key to his research. Is the sweetness of life finally at hand?

Anachronisms:
During the 1950s period of the movie, Laura is transported across India in an Indian C-130 Hercules but the aeroplane has RAF markings. Also, Laura and Dominic hail a taxi whilst in India and are picked up by a London black cab rather than an Indian Ambassador cab.

Searching the eternal youth in Romania


It's been a while since I have written anything for IMDb. "Youth
Without Youth" is not only a very personal approach to a barely known
novella by Mircea Eliade, but also a homage to Romanian culture and
civilization. I felt really good watching a legendary filmmaker like
Coppola before the special screening (in Bucharest), walking on the
stage and thanking sincerely to the Romanian cast and crew, and in the
end, thanking all of us "for Mircea Eliade". I read Eliade's novella
some months ago, and I found it difficult and "anti-cinematic", unlike
"La tiganci" or other texts of his. "Youth" is, as I saw it, a
meditation on time and the relation between human memory and identity.
Eliade has been concerned with the theme of "la vita est sueno" (life
is dream) for a long time, and his fiction shows it. Coppola also has
been preoccupied with time, dreams and memory in his late films like
"Peggy Sue", "Dracula" and "Jack". It might seem strange and
paradoxical, but beyond the horror clichés and the gory make-ups, one
can see lots of formal similarities in "Dracula" and "Youth…". The
Italian American director is definitely bound to European Romanticism,
and he tried to infuse a lot of new symbols (the mirror, the moon on
the bluish night sky, the skull etc) to an already symbol-heavy-loaded
narrative. Tim Roth is the ideal choice for the central character (old
Dominic Matei that grows young after a lightning stroke). The rest of
the numerous cast is composed mainly of Romanian actors, most of which
are famous in our country. Iures is known for the international public
also, and handles his role elegantly, as usual. Maria Lara is a
Romanian-born German actress, playing the role of Dominic Matei's lady
friend and lover. The relationship between Dominic and Laura is
beautifully developed by Coppola's rewriting of the initial novella.
Near the end of the film, there is a moment (shot in Malta) where
Dominic decides to break away from Laura, because of the dreadful
effects of his supernatural youth on her physical condition. Both
actors are impressive in this delicate scene.

This film was, all in all, a pleasant surprise for me. I was expecting
a more Hollywood-ish speculative and commercial-oriented style. Anyway,
I personally (still) think the D.P. and the photographic department in
general was overwhelmed by the magnitude of this project. Coppola
should of thought more deeply about his choice, because Mihai Malaimare
Jr. (the D.P.) and digital imagery was simply not enough ! It took over
2 years to complete this film anyway, so why didn't he use film instead
of digital mediums? Was money really a problem here? Maybe Roth asked
for a big fee, I don't know. This film won't be appreciated by a wide
audience, because Eliade's literature is very special and restrictive
(you need to fancy Romanian folklore and oriental philosophies in order
to get into this). In fact, Eliade's novella was clearly inspired (as
the main title shows) by one of the most beautiful and profound
fairy-tales ever: "Tinerete fara batranete si viata fara de moarte"
(hard to translate into English, but it might sound like "Eternal youth
and life without death"). Even if you are not Romanian, you should
check it out! It will change the way you feel about time and life, the
way Eliade changed Coppola from an old mainstream Hollywood director
into an arty European film experimenter.