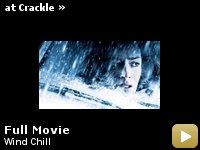 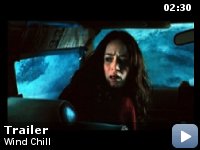 Two college students share a ride home for the holidays. When they break down on a deserted stretch of road, they're preyed upon by the ghosts of people who have died there.

Storyline
A couple of college students known only as the Girl and the Guy are traveling home to Delaware the day before Christmas Eve. They're on a frozen road that the Guy is convinced is a scenic short-cut. In the middle of nowhere in below freezing conditions they are run off the road by a hit and runner. They soon realize they're caught in a supernatural bubble where a crime from 1954 is doomed to repeat itself, year after year threatening new victims. The Guy attempts to walk back to the last petrol station but his wounds from the crash are worse than he let on.

Taglines:
There Are Worse Things Than Dying

Factual errors:
There is no Route 606 in Pennsylvania.

Girl:
[after having been locked in the gas station bathroom and unable to get out or be heard by anyone]
Hey, didn't you just hear me banging in there?

Guy:
What are you talking about? Locked in where?

Girl:
You're telling me, you didn't just hear me banging on the door. I could hear you.

Guy:
Listen I don't know what you're talking about.

Girl:
[pauses]
Forget it, it doesn't matter, let's just get back on the road.

A turning point in contemporary horror?


It's a shame more horror fans either aren't or can't see this movie,
because it may very well signify a shift in the contemporary horror
film (as of Spring 2007, when it was released).

The first "Saw" movie is usually seen as heralding a new direction and
a new popularity in horror when it was first released and, despite the
fact that the movie is principally a really twisty whodunit, it spawned
dozens upon dozens of movies based on its essential formula: people
(usually teenagers, often teen actors on their summer hiatus from their
WB TV shows) in peril threatened with ghastly violence shown
explicitly. The studios put any number of old movies into the remake
machine in order to retrofit them with the new formula–and an R
rating–to the point where these movies had the repetitive
predictability of a Catholic mass.

Besides being bored with this genre, the massacres at Virginia Tech, I
think, forced people to look to a new incarnation of horror–although,
to be honest, I think current events have only a momentary impact on
the movies. And that's where "Wind Chill" comes in.

"Wind Chill" is a movie which will disappoint you if you're hoping to
see "Hostel"–a type of movie some people have compared to porn in its
lack of substance apart from its depictions of explicit physical acts
(in this case, violence). It's a thoughtful movie which takes the
traditional elements of the most primitive horror movies and
re-imagines them for our time. Think of the old James Whale haunted
house movie, "The Old Dark House," and compare it to "Wind Chill" and
you'll see how our oldest fears are presented anew–as if to say those
old fears are never eliminated. This is the archetypal basis of the
entire genre.

The movie isn't perfect–it's too talky, the exposition is piled on in
the last third, the scares are rarely effective, and the resolution
isn't quite plausible. But I thought it was fun and weird and full of
unexpected depth.

I'm not certain in which direction "Wind Chill" is pointing the horror
movie–maybe in the direction of the late 60s/early 70s "just slightly
off" horror like "Rosemary's Baby" or the old "Night Gallery" TV
series–rather than in the direction of grind house horror. But it's a
worthwhile experiment.