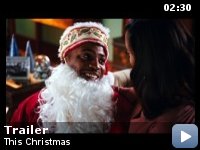 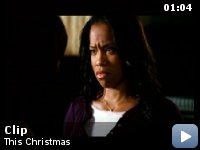 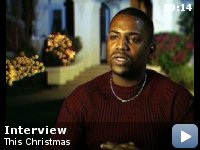 A Christmastime drama centered around the Whitfield family's first holiday together in four years.

Storyline
A Christmastime drama centered around the Whitfield family's first holiday together in four years.

Release prints were delivered to theaters with the fake title 'Another Gathering'.

Errors made by characters (possibly deliberate errors by the filmmakers):
On the beginning of the film, Quentin says he has no luggage. But in the scene where he is at the train station, he can be seen with bags of luggage.

Melanie 'Mel' Whitfield:
So, technically, you slept with Santa?

Kelli Whitfield:
Well, I didn't know he was Santa at the time… but technically, I guess I did.


This Christmas looked like it was going to pass without any cinematic
holiday cheer. Luckily audiences will find a special gift at their
local multiplexes from Preston A. Whitmore, a filmmaker whose latest
picture comes wrapped up with so much holiday mush that it would be
hard for even the biggest scrooge to scowl at its spirited Christmas
message It's the most wonderful time of the year again, and the
Whitfield family plans to continue their holiday tradition of bringing
the entire clan back home for a few days of presents, good eating and
family squabbling. The only problem with This Christmas is that each of
the children has brought more than just gifts. Absence without leave,
surprise pregnancies, interracial relationships, cheating husbands and
angry bookies are just a few of the surprises in store for the family's
matriarch, Ma Dear, making it a Christmas that will either tear the
Whitfield's apart or bring them closer than they've ever been before.


With This Christmas, Preston A. Whitmore successfully bounced back from
his sophomore slump. The choice to "Crossover" into the holiday genre
is a big move, though looking at the filmmaker's oeuvre, he seemingly
defies categorization. Written with heart, This Christmas isn't just
impressive for its well balanced drama and comedy. Its ability to
transcend its targeted audience to become a holiday film that can be
enjoyed by anyone who has ever experienced family dysfunction makes the
picture a refreshing surprise.

With an all-star, African American cast including Delroy Lindo, Loretta
Devine, Idris Elba and the lovely Sharon Leal, Screen Gems certainly
seems to be pushing the racial factor when marketing This Christmas.
While this strategy will probably draw in adequate box-office receipts
(See Tyler Perry's success), This Christmas will draw the majority of
its fans next Christmas when it finds a wider audience on DVD.

Though many of the family's problems translate to touching and humorous
bits of cinema, This Christmas ultimately suffers from one fatal flaw,
too much conflict and no easy way out of it. There is so much going on,
that the tidiest and most satisfying conclusion seems far too difficult
to reach. It also seems that the character of Joe, played by Delroy
Lindo, has the answers to everything. Able to pacify everyone from
street thugs to the U.S. government in a single night, Joe gives Santa
Claus a run for his money on this Christmas Eve.

However plausibility isn't the strong suit of the Whitfield family.
There are plenty of nit-picky details audiences will pick up on that
could easily take them out of the narrative. While viewers might scoff
at bits such as buying the picture-perfect Christmas tree on Christmas
Eve, the performances from the actors, tight editing and gorgeous
cinematography will help get you through This Christmas.

If filmmakers should write what they know, then Preston A. Whitmore
certainly knows Christmas and family far better than war or basketball.
A solid holiday outing sure to please any audiences that comes across
the film, Whitmore's well executed dramady should resonate far longer
than This Christmas.