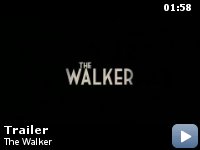 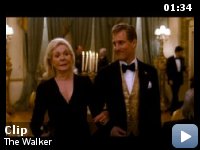 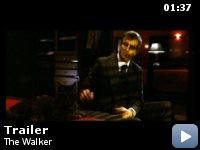 An escort who caters to Washington D.C.'s society ladies becomes involved in a murder case.

Storyline
Carter Page III holds a special place in Washington society: the gay son and grandson of powerful men, he has connections, manners, and he's no threat, so he's an available escort when a woman's husband would rather not accompany her to a public event. When the secret lover of one of his women friends is murdered, she asks Carter to cover for her, and his acquiescence gets him into immediate trouble with the police and an ambitious prosecutor. Carter, with the help of his lover Emek, starts his own investigation. They're warned off by someone's hired muscle. Can Carter figure out what happened or will he lose more than he realizes he has? Human behavior is a mystery.

Taglines:
Everyone loves a good scandal

The name of the cocktail that Woody's character is seen drinking various times throughout the movie is a Sea Breeze.

Carter Page III:
You've got to watch yourself; this is a brutal political climate. Whatever 'ruth' there was in this town, there's 'less' now than ever.

Making an art-form of the superficial


"Whoever has looked deeply into the world might well guess what wisdom
lies in the superficiality of men," is a quotation attributed to
Nietzsche. The first half of The Walker could be said to demonstrate
such a principle, particularly the mien of its chief protagonist,
Carter Page III (flawlessly played by Woody Harrelson). Yet the second
half would give that observation an altogether more cynical meaning.
One appropriate to the very men that Page despises.

Page exhibits the exquisite superficiality ("I'm not naïve: I'm
superficial") so often associated with camp intellectuals (as well as a
capacity for self-adulation). We first meet him during an opening
panning shot that examines the luxurious wall fabrics in the room where
several voices can be heard. Wall furnishings are something that Page
III can associate with. Both in a literal aesthetic sense, and also as
a man that is walled in by the societal prejudices against his
homosexuality. One step removed from the visceral world of those who
can openly admit their true feelings, Page III examines the details of
everyday life with dispassion and critical elegance. But when his
friend Lynn Lockner (wife of a liberal senator) discovers a murder, he
is torn between two paths, both equally morally repugnant.

While not quite a saint, Page III has a much higher sense of decency
than the political connivers and sexually bigoted people that surround
him. These people use superficial appearances to make money, win
office, or rise at any cost. Their 'wisdom' is simply that of the top
dog – having torn and bloodied anyone who stood in their way.

Bacall, instantly recognisable by her charismatic voice, is the perfect
foil for Page's charm and mendacity. Quick-witted, she reminds us of
her early characters in films like To Have and Have Not and Key Largo.
"You were just a young slip of a girl, not the beautiful woman you are
now," says Page. "Cut the sh*t!" she replies, without for a minute
losing her majestic gravitas.

Page is a 'Walker' – although working one day a week in a real estate
office, his main income is comes from when he "walks rich women from
place to place." The term was coined for Jerry Zipkin, who was Nancy
Reagan's 'walker'. His duties include amusing gossip, taking Lynn to
the opera and a weekly game of canasta. Immaculately dressed and
coiffured, he inhabits the world of the unostentatiously rich without
ever becoming a main player. His father was a respected governor and
his father before him a successful businessman ("My grandfather always
talked like a man with a bible half-open in his head."). He is gay, and
therefore not a threat. And he is well-read, well-bred, and a
delightful conversationalist.

Yet although Harrelson stars in every scene, The Walker succeeds very
much as an ensemble piece. Bacall and Kristin Scott Thomas have a fair
share of excellent lines. "Memory is a very unreliable organ," says
Bacall: "It's right up there with the penis." Kristin Scott Thomas also
gives Page a fair run for his money. When he says dismissively in a
conversation that, "it's just sex," she retorts with, "And that stuff
you're breathing is just oxygen!" Page has an unlikely lover in the
form of Emek Yoglu, a German-Turkish artist whose photography is too
politically loaded for Page's tastes. But the main man in Page's life
is his dead father, who symbolises both the success Page III has never
achieved and perhaps moral double-standards that he loathes. Yet at the
same time Page himself leads a life a double-life, not out of choice
but because it is forced on him.

Writer/director Paul Schrader picked Washington DC as the setting for
the film because of "the deep hypocrisy of the town, Washington and
Salt lake City are two of the last cities in America where sexual
hypocrisy is mandated, and here is a character living a false and
superficial life, so it seemed an ideal place for it." It is one of
Schrader's best scripts (apart from a few unlikely coincidences to move
the plot along) and the performances are perfect. The lush
cinematography sucks us into the world of the rich and stylish (with
Bryan Ferry songs to assure us it's OK) so that 'reality' – in the form
of murder most foul – is all the more unsettling. Only as the
authorities brazenly attempt to implicate Page do some of his hairs
come out of place. "This is a mean crowd, this administration," he
admits falteringly. (Lynn calls them 'the cave dwellers'). They can't
catch him for what he hasn't done so they'll find something else. "It's
perjury that catches people out," the investigator says to him (with
shades of Clinton witch-hunting).

The loner-whose-world-crumbles-around him is a favourite premise for
Schrader and the subtle political complexities are home territory for
Harrelson, who is no stranger to such themes in films such as North
Country, Wag the Dog, Welcome to Sarajevo and The People vs. Larry
Flynt. But the film's weakness is its constant subtlety. We are
expected to be fascinated by the undercurrents, the hidden cards – so
much so that some audiences may switch off. The Walker is clever and
perfectly executed but, like its subject matter, is a superficial
observer of the dilemmas it grapples with at arm's length.

Perhaps such prominence of aesthetics over substance is the way to
provoke discussion of the problems dealt with so obtusely. "I think
film is a great medium to be able to discuss such issues," says Kristin
Scott Thomas. "Although politics changes very rapidly, it also repeats
itself over and over in a different context. When you see films that
are making a comment about the political situation of a certain time
and then you see another film thirty years later and you have the same
kind of issue, it creates discussion and that is very important."