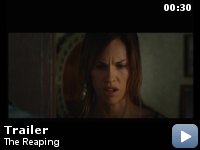 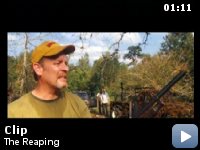 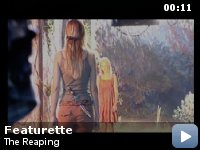 A former Christian missionary, who specializes in debunking religious phenomena, investigates a small town which seems to be suffering from the 10 biblical plagues.

Storyline
The death of a child in mysterious circumstances; sparks of a series of events that seem to represent biblical plagues, start occurring in of all places a town called *Haven* located deep in the bowels of bible belt country in the bayous of Louisiana. A former Christian missionary turned religious phenomena debunker and her top open minded student turned personnel assistant is sent to investigate.

The video camera carried by Ben while boating on the bloody river is a JVC HD-GR1, one of the earliest "pro-sumer" grade Hi-Def video cameras.

Factual errors:
The city shown as "Concepcion, Chile" at the beginning of the movie is nothing like the real location. The architecture, the climate, even the city distribution and geographical location is wrong, and also people's accent and culture. Concepcion has a cold and rainy climate, it has many modern buildings, especially at the center of the city, where the Cathedral is located, and there's no industry near the city. It's located far from the sea and a wide river goes across it. Also, the uniform of the Chilean police is dark green, with long jackets and boots and no Beret. Also, the Chilean Police and all Chillean Armed Forces personal are not allowed to wear beards, only mustaches with superior officer approval.

Maddie McConnell:
Are you here for my girl? Are you gonna kill my baby girl?

Katherine Winter:
What? No!

Maddie McConnell:
Why not?

Maddie McConnell:
She doesn't need help. Can't you see that?

Good thriller is perfect with a bag of popcorn, a soda and rainy Sunday afternoon

Hillary Swank is an ex-missionary turned scientist and debunker, she's
called into investigate a small town in the deep South where the river
has turned red or as some suspect to blood. this is followed in close
order by other Biblical plagues. They all seem to to be tied to a young
girl living in the woods.

Creepy little movie thats better than many recent Bible thrillers. Here
we start off with science and find as time goes on that it can't
explain whats going on. well acted with a couple of nice set pieces
this is a movie that works mostly by simple visualization, we see a red
river, we see flies, we see frogs. except for a plague of locusts and
some fire in the sky what we see out side of dreams is all simple
effects given weight by the sincerity of the script and the
performances. This is a film where the classic idea of its all better
in the mind works to great effect with just a small push.

Is it a great film? No, but its a good one. Its the sort of thing you
sit and watch on a Saturday night with a big bag of popcorn and a soda.
Is it worth paying ten bucks in the theater for? I doubt it but on a
rainy Sunday afternoon it may fit the bill on the bargain priced
matinée. (Certainly worth a rental) Somewhere between six and seven out
of ten.

TagsUSA
Are We Done Yet?
Grindhouse