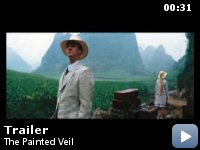 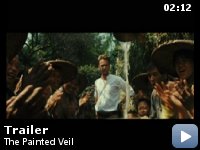 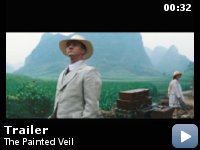 A British medical doctor fights a cholera outbreak in a small Chinese village, while also being trapped at home in a loveless marriage to an unfaithful wife.

Storyline
This love story has Kitty meeting young, intelligent, shy and somewhat dull Dr. Walter Fane, whose forte is the study of infectious diseases, and the convenient marriage that she finds herself committed to. It is in this web of intrigue that they head for China, only after Walter discovers Kitty's infidelity with one dashing and witty diplomat Charlie Townsend. So much as to hide her from herself and to help thwart a cholera outbreak, this is a marriage more than on the rocks. This is a cold, indifferent and loveless partnership in a vast unknown and deadly environment that will test both these flightless lovebirds and with the hardships and tolerances more than any had ever anticipated. A visual delight amid the pain and suffering of a dying people and failing marriage. Will a cure be found for both, before it's too late?

Taglines:
Forgiveness comes at a price

Nicole Kidman was considered for the leading role.

Continuity:
During the love scene between Kitty And Walter, Kitty takes Walter's shirt off while they are kissing. In the next shot, Walter has his shirt back on and in the shot after that, when they are falling onto the bed, he has the shirt off again.

Walter Fane:
Say, I was wondering…

Walter Fane:
Sorry. I – I was wondering if you'd like to dance.

Kitty Garstin:
Why not?

Watts and Norton present The Painted Veil in vivid, true to life colors


The Painted Veil has all of the elements a viewer looks for in a period
piece set during the time of British colonial rule. Beautiful scenery
and costumes, a cast of thousands, and enough background information to
make you feel you are more educated about a time and place than you
were before you saw the movie.


What this film offers the fortunate viewer that many other movies of
its kind do not, are lead characters you can actually empathize with
and grow to care about. "Walter" and "Kitty" are far more likable and
worth rooting for than- I don't know, let's say- Ralph Fiennes and
Kristin Scott Thomas in the English Patient (see? I don't even remember
their characters' names.) The movie's tagline- "Sometimes the greatest
journey is the distance between two people" succinctly points to the
heart of this film, and what makes it work so well; the journey of a
couple who married for the wrong reasons towards true intimacy with
each other.

On one level, the plot is so simple and straightforward that a one line
summary gives the whole story away, and for that reason, I will refrain
from providing that information as much as possible. It is enough to
know that it is the story of The Fanes- Walter, the shy, bookish
bacteriologist, and Kitty, the shallow, haughty young woman he becomes
infatuated in and persuades to marry him. Walter takes Kitty to
Shanghai, where he works in a government lab. Circumstances lead Walter
to re-locate them to a more remote area of China in the throes of a
cholera epidemic. It is in this setting that the parallel stories
unfold; the story of a doctor and his wife living in the house of a
dead missionary's family as the doctor tries to get control of the
conditions responsible for the epidemic, and the story of the couple's
journey towards re-discovering each other.

The impressive skill that Ms. Watts and Mr. Norton bring to their work
truly makes you believe that that the first challenge- combating
cholera amid colonial unrest and nationalist hostilities is easier than
the task of repairing a damaged marriage, and with each uneasy glance
and every unsaid word, you feel what these two people feel. And that is
the beauty of The Painted Veil. Fans of Ms. Watts and Mr. Norton will
have reason to rejoice- this is a performance unlike any I have ever
seen Ms. Watts give. There is nothing of what was becoming her
trademark "emotionally fragile woman in shambles" persona on display
here. And what of Edward Norton? Well, after his turn in The
Illusionist earlier in the year and now "Walter Fane," all I can say
is, move over, Ralph Fiennes- there's a new sexy "repressed,
stiff-upper-lipped, sensually simmering under the surface" leading man
in town.

The Painted Veil is an intelligently adapted, well-directed film with
two charismatic, award-worthy lead performances and a strong supporting
cast, including Liev Schreiber, Diana Rigg, and most notably Toby Jones
as the Fanes' neighbor. It is also wonderfully entertaining, and a good
introduction to the period piece/historical epic genre some viewers
have been avoiding due to fear of suffocation.