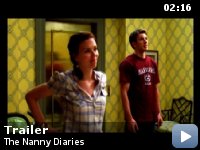 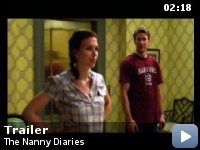 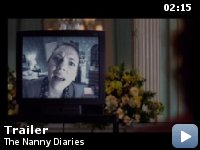 A college graduate goes to work as a nanny for a rich New York family. Ensconced in their home, she has to juggle their dysfunction, a new romance, and the spoiled brat in her charge.

Storyline
After graduating from Montclair State, New Jersey Girl Annie can't make up her mind about what to do with her life. After saving a little boy from being run over in the park, she is quickly employed as a nanny for a rich Upper East Side couple. Mr X is occupied with his business, Mrs X loves shopping, and neither really likes to spend time with their little boy Grayer. Annie quickly learns that she has more than her hands full taking care of him. Her busy schedule doesn't give her much spare time. Mrs X fired her last nanny because she was dating and that gives Annie problems when Harvard Hottie who lives in the same building asks her out on a date.

Taglines:
A comedy about life at the top, as seen from the bottom.

The song "Chim, Chim, Cher-ee," from the movie
Mary Poppins, can be heard playing in the background while Annie contemplates becoming a nanny. Later, this tune becomes the ringtone for Annie's cell phone.

Audio/visual unsynchronized:
When Annie is in the bath and Mrs. X comes in, the filmmakers have added a fart sound and bubbles – but since Annie is underwater, there would only be bubbles.

Mrs. X:
Nanny, you never mentioned you had a mother!

Critics are Ninnies about "Nanny"


"The Nanny Diaries" did not get very good reviews but I liked the
previews so I decided to see it instead of another movie that got much
better reviews and I'm glad I did.

"The Nanny Diaries" is entertaining the entire time. It might not have
you rolling in the aisles like "Superbad," but it is not that kind of
movie.

The main reason to see this film is because of Scarlett Johansson. She
makes Annie the Nanny such a sympathetic character, that we stay
interested in the film and we care about what happens to her. Scarlett
Johansson made a name for herself doing a lot of independent film but
this is probably her best performance in a mainstream film. Not only is
her acting phenomenal, she is the world's most beautiful nanny.

A lot of the professional reviews seem to have been disappointed by
"The Nanny Diaries" because it was written and directed by the same
people who did "American Splendor." They were expecting something more
like that film. "The Nanny Diaries" is not that kind of film. It is not
particularly quirky and it will probably appeal to a wide audience. I
thought it was better than "The Devil Wears Prada," which it often gets
compared to.

"The Nanny Diaries" is absolutely mandatory viewing for Scarlett
Johansson fans. For anyone else, this film might win you over.