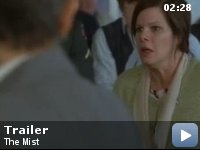 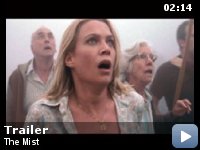 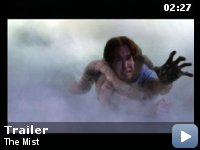 A freak storm unleashes a species of blood-thirsty creatures on a small town, where a small band of citizens hole-up in a supermarket and fight for their lives.

Storyline
Everyone thinks of it as a harmless lightning storm. When Dave Drayton notices a strange mist on the lake, he thinks nothing of it. When he, his son, Billy Drayton, and his neighbor Brent Norton travel to the supermarket, the unthinkable happens. On their way to the market, they see the army, firefighters, and the police heading toward the mist. When he sees this Brent mentions something about "Project Arrowhead", a secret military project that no one knows about. As they are shopping, they see three soldiers walk in, pick up a few things, then head toward the mist. All eighty of the store's shoppers have no clue what is going on until an old man runs in the market with a bloody nose and declares "Something in the mist!" He tells them to close the door. About five seconds after they close the door, the entire store shakes, as though it has been lifted several feet above the ground…

Woman With Kids at Home

Norm is wearing a T-Shirt from WKIT Radio in Bangor, Maine. This is one of three radio stations owned by Stephen King.

Factual errors:
Central Maine Power (CMP) trucks have an orange cargo area with a white cab, unlike those shown in the film.

"The Mist" is worth watching!

I've been a member of IMDb for many years now and rarely do I take the
time to comment on a film. In addition, I watch, on average, about
10-15 films a month, split among all genres including horror. Lately
though, I've been very disenfranchised with most horror films
especially with the proliferation of shock/gore/splatter/torture-porn
films such as Hostel 2, The latest Saw film, Captivity, etc. Enter "The
Mist" and I leave the theater saying to myself "this is why I go see
movies".

Frank Darabont should be the only one adapting Steven King novels and
short stories…period. He brings a human balance that's missing in
most horror films these days. You can have the most unbelievable, and
maybe even the most ludicrous, situations and events, but if you make
the characters believable and further peel the layers to expose fear,
prejudices and vulnerability then you have the foundations towards
making an effective film. I was absolutely gripped during the entire
film, and that all-too-rare-these-days sense of dread permeates through
almost every scene and left me emotionally exhausted at the end. And
speaking of the ending, isn't that what almost everyone is talking
about? I'm not going to give anything away, but in my opinion, I loved
it. I can see why it can split into camps of "loved it"/"didn't like
it" but for me it was a great conclusion to the entire storyline of the
human condition. I wouldn't have changed a thing.