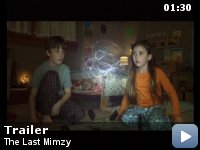 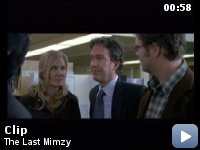 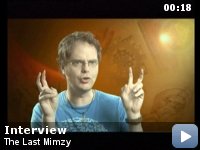 Two siblings begin to develop special talents after they find a mysterious box of toys. Soon the kids, their parents, and even their teacher are drawn into a strange new world and find a task ahead of them that is far more important than any of them could imagine!

Storyline
The siblings Noah and Emma travel with their mother Jo from Seattle to the family cottage in Whidbey Island to spend a couple of days while their workaholic father David Wilder is working. They find a box of toys from the future in the water and bring it home, and Emma finds a stuffed rabbit called Mimzy, and stones and a weird object, but they hide their findings from their parents. Mimzy talks telepathically to Emma and the siblings develop special abilities, increasing their intelligences to the level of genius. Their father becomes very proud when Noah presents a magnificent design in the fair of science and technology, and his teacher Larry White and his mystic wife Naomi Schwartz become interested in the boy when he draws a mandala. When Noah accidentally assembles the objects and activates a powerful generator creating a blackout in the state, the FBI arrests the family trying to disclose the mystery. But Emma unravels the importance to send Mimzy back to the future.

Taglines:
The future is trying to tell us something.

The theme song to the movie, "Hello (I Love You)" (not to be confused with the similarly-titled classic song by The Doors) is a rare one-off song by former Pink Floyd frontman Roger Waters, whose songs are usually part of concept albums. Waters worked with composer Howard Shore, so that the song's melody is a leitmotif in the film, as well as dovetailing well with the rest of the film's score. Waters commented, "I think together we've come up with a song that captures the themes of the movie – the clash between humanity's best and worst instincts, and how a child's innocence can win the day." Incidentally, the film touches on themes that Waters' album 'Amused to Death' was concerned with, while the song's lyrics reference Waters' Pink Floyd works 'Dark Side of the Moon' and 'The Wall', as well as Waters' solo album 'Radio KAOS'.

Errors in geography:
When the Wilders are going to Whidbey Island from Seattle the ferry is shown leaving downtown Seattle (at 06:30 on the DVD) where the only destinations are west going to Bremerton or Bainbridge Island. To take a ferry to Whidbey Island you need to drive 20 miles north to leave from Mukilteo. There is also a ferry from Port Townsend to Whidbey, but to take it the Wilders would have to take the Bainbridge Island ferry 7 miles, drive north 50 miles to Port Townsend, and take that ferry 5 miles east to Whidbey.

Noah Wilder:
This stuff could be dangerous.

Emma Wilder:
Maybe we should tell someone.

Noah Wilder:
I showed the green glass thing to mom. She thought it was a paperweight.


There are not many movies you can take the whole family to see these
days. Our ten year old son really wanted to see The Last Mimzy so we
went to a sneak screening last Saturday night. I was very pleasantly
surprised that I enjoyed the film as much as I did. My wife liked it
even better. Our two other kids (daughter 12, youngest son 7) along
with our son had a great time.

Kids will really be able to identify with the brother and sister in the
movie. They seemed very real. The kids' lives at school and their
relationships with their parents and teacher seemed true. This is a
story about a regular family with all the ups and downs of everyday
regular life.

Then, the story takes off. I don't want to give away anything about the
plot because the surprises that gently unfold are what you and your
family will enjoy about the movie. There are elements of science
fiction and fantasy with nothing extremely intense to scare the kids.
It's an interesting story told well with characters you care about. The
visual effects are well done.

I liked that the movie does not talk down to kids to get its ideas
across. My wife and I also liked that the language and situations were
truly appropriate for a family film. My kids all want to see the movie
again and the movie is definitely good enough to see a second time.