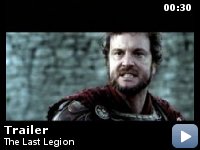 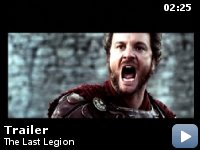 As the Roman empire crumbles, young Romulus Augustus flees the city and embarks on a perilous voyage to Britain to track down a legion of supporters.

Storyline
Circa 460 A.D. Mira was born in a warrior-family in Kerala, India, was well versed in martial arts and self-defense, so much so that she was recruited by the Spanish royalty and re-located to Constantinople. From there she was instructed to assist Roman Commander Aurelius to plan the escape of 12-year old Romulus Augustus Caesar from a prison in Capri after his parents had been killed by the leader of the Alliance in turmoil-stricken Rome that has seen the deaths of five emperors in five years. Mira, Aurelius, and a Priest, Ambrosinius, along with a handful of loyal soldiers were successful in the escape plan and deliver Romulus to Roman Senator Nestor. What the crew do not realize is that their task is not over yet, for Nestor is all set to betray Romulus, leaving them with no alternative but to flee to Britannia, where they will be forced to confront a seemingly invincible Vortygn, whose main aim is to obtain a powerful sword that was meant for defense and defeat…

Taglines:
The untold beginning of the King Arthur legend.

Shots were removed from the U.S. version of the film so it would receive a family (PG-13) rating. (At 24:14, a shot of the crow flying down, picking up Wulfila's finger, and flying out of the room, as well as a shot at 42:06 of Wulfila's face hitting an axe blade, among other shots.)

Audio/visual unsynchronized:
As Romulus passes Caesar's guard in the coronation procession (at 00:09:56), Demetrius mouths the words "We're dead." (In the DVD commentary it is explained that "we took it out just because it was too soft to be heard over the noise of the procession and the music.")

Aurelius:
[sees Mira behind him]
I told you to stay on the boat.

Mira:
You will need my help.
[She climbs up closer, and freezes when he puts his sword to her throat]

Aurelius:
You know what happens to a soldier of mine who disobeys an order?

Mira:
[pushes the blade aside]
Your men are too slow.


I can understand why some people may be disappointed watching this
movie, especially if they were expecting a CGI laden gore-fest. If you
do not expect this then you should not be too disappointed.

I think the negative comments go too far. It never pretended to be
anything other than an action/adventure movie from the beginning (so
why compare it to hardcore historical stuff), it was funny, mixed up a
few legends, and had a very simple but nevertheless entertaining story.

This light hearted and enjoyable movie provides well-paced
entertainment that would be suitable for a teenage audience (perhaps
10+) but can also be enjoyed by adults.

There is no gore, sex, or swearing, and whilst the fine cast will not
win any Oscars for their performance, they did a fine job in fulfilling
their roles, given the movies objectives.

This movie does what it says on the tin and does it well. A fine
example of how a movie can be enjoyable without every scene being
covered in blood (although I enjoy those movies too).