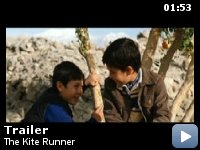 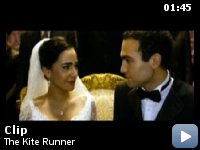 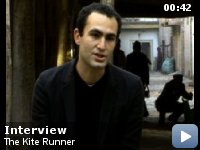 After spending years in California, Amir returns to his homeland in Afghanistan to help his old friend Hassan, whose son is in trouble.

Storyline
In the 70's in Afghanistan, the Pushtun boy Amir and the Hazara boy Hassan, who is his loyal friend and son of their Hazara servant Ali, are raised together in Amir's father house, playing and kitting on the streets of a peaceful Kabul. Amir feels that his wise and good father Baba blames him for the death of his mother in the delivery, and also that his father loves and prefers Hassan to him. In return, Amir feels a great respect for his father's best friend Rahim Khan, who supports his intention to become a writer. After Amir winning a competition of kitting, Hassan runs to bring a kite to Amir, but he is beaten and raped by the brutal Assef in an empty street to protect Amir's kite; the coward Amir witness the assault but does not help the loyal Hassam. On the day after his birthday party, Amir hides his new watch in Hassam's bed to frame the boy as a thief and force his father to fire Ali…

Taglines:
There is a way to be good again.

Due to Afghan mores concerning male rape, Paramount Vantage agreed to relocate the young actors out of the country to the United Arab Emirates and arrange visas, housing and schooling for the young actors and jobs for their guardians. Paramount Vantage accepts responsibility for the living expenses of Zekeria Ebrahimi, Ahmad Khan Mahmoodzada, Ali Danish Bakhtyari and Sayed Jafar Masihullah Gharibzada until they reach adulthood, a cost some estimated at up to $500,000.

Continuity:
When Hassan first points the slingshot at the three big guys to save Amir it is crossed but in the next shot it appears to be normal again.

Baba:
The Mullahs want to rule our souls… and the Communists tell us we don't have any.

This is truly one of those times when a film does great justice to a book!


I recently was lucky enough to see "The Kite Runner" in a small
theater, surrounded by seasoned movie-goers who knew how to enjoy a
masterpiece of such sophistication. With all the controversy
surrounding this film's central scene these days, I was expecting a
piece both crude and violent. But the way Mr. Forster handled the
delicate subject was touching and really, deeply moving. Even though
the film's credits indicated China as the main location for the shoot,
I could have sworn I was seeing Kabul throughout the scenes which are
meant to be taking place in Afghanistan. The acting, by
non-professionals as well as professional actors, is excellent and the
casting is magnificent. So, this is a movie I would see again and
again, because though it is undeniably sad in its subject, the
masterful way it has been made awakens a whole new hope in modern
cinema.