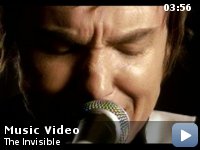 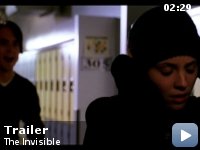 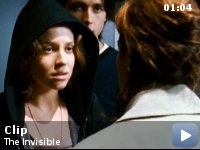 After an attack leaves him in limbo — invisible to the living and also near death — a teenager discovers the only person who might be able to help him, is his attacker.

Storyline
Nick Powell is an excellent high-school student who raises money by selling homework and results of quizzes to his schoolmates. He aims to travel to London for a writer's course – telling his best friend, Pete Egan, that he has already bought the airplane ticket but he has not told to his mother yet. Annie Newton has a problem with Pete, who owes money to her. As events unfold, due to a case of mistaken identity Nick takes a severe beating from Annie and her gang, his body dumped in a sewer. The next morning, he discovers he cannot be seen – he is now a spirit in a state of limbo and can only observe as the events of that day unfold.

Taglines:
Together they must solve his murder… Before it's too late.

A subplot was removed involving drug smugglers. It was feared this would give it an R-rating and wasn't necessary to the plot.

Errors made by characters (possibly deliberate errors by the filmmakers):
When Annie is pushing back the sewer lid to find Nick's body, the "spirit" Nick is the one who ends up pushing the sewer lid the rest of the way open, even though he doesn't physically exist.

Diane Powell:
It wasn't easy when Nick's father died, raising a teenager alone. But with a boy like Nick, well, he is now everything a mother could want. We've been through some hard times. We've carried each other. Now I look to the future, and I know there's nothing that we can't do together.


I walked into this movie expecting something completely different than
what I got. While most people are using this as an excuse to hate this
movie, It made me like it even more. The acting was excellent. Justin
Chatwin and Margarita Levieva are incredibly believable and both seem
to really enjoy the material. I can understand why some people would be
mad. Most people were expecting the teenage horror flick. I am so glad
it wasn't. There was so much depth and beauty to it. In my opinion if
you didn't' like it either you didn't understand it or you are a horror
obsessed teen. The soundtrack also was amazing. I loved everything
about this movie. The promotion(meaning Trailers) could have been done
a lot more differently and better. Still i strongly encourage this
movie to those of you who love deep, thought provoking, beautiful, and
emotional movies!