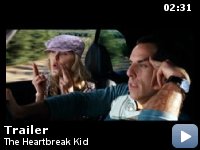 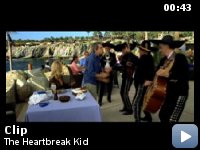 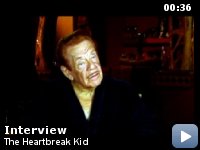 A newlywed man who believes he's just gotten hitched to the perfect woman encounters another lady on his honeymoon.

Storyline
Eddie is forty, owns a sporting-goods store, and is still single. After watching his ex-fiancée walk down the aisle, he meets Lila, an environmental researcher, who seems too good to be true. Pressured by his father and best friend, Eddie pops the question and marries Lila after only 6 weeks. However, as he almost instantly discovers, his new bride is a nightmare with more baggage than he can handle. She's immature, foolish, a monster in bed, owes a tremendous amount of money to various sources, and as it turns out, is only a volunteer and doesn't actually have a job. While on their honeymoon in Cabo, Eddie meets Miranda, a down-to-earth lacrosse coach who is visiting with her family. Sparks fly, and Eddie falls for her. Now comes the tricky part of breaking off his marriage to crazy Lila, all while keeping the truth from Miranda about why he's in Cabo in the first place…

Taglines:
It seemed like a good idea… at the time

During the drive and the arrival Ben Stiller's character is wearing a Jack Johnson shirt. Ben Stiller was in Jack Johnson's video for the song "Taylor."

Eddie Cantrow:
[to the 12 Year Old Twins]
You know what? Why don't you take your little Human Genome Project and hit the road. Homophobic hobbits.

It's no "Something about Mary"


The horrible crude scenes leave a bad taste and overshadow any funny
scenes. I think the Farrelly Brothers wanted to recapture the success
of "There's Something About Mary" — but they've flopped hard.

The universe of "Mary" was completely wacky and any naughty parts just
fit into that universe. This one feels like there were too many
screenwriters tinkering with it. (5 are listed). Someone wrote a
mainstream romantic comedy script — then someone else (The Brothers,
I'm guessing) came along and just stuck in gross shocking bits.

It's very uneven. It loses steam in the third act. Has a very
unsatisfying and unpleasant ending. Carlos Mencia is obnoxious. Ben is
looking too old to be playing these parts. Meanwhile, the girls still
look 25.