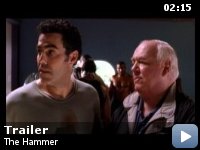 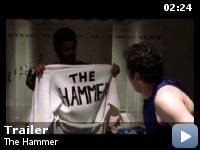 Storyline
Jerry Ferro's 40th birthday has brought his life into sharp relief and it's not a pretty picture. A once-promising amateur boxer — who quit so he wouldn't risk his perfect record of underachievement — Jerry has been knocking around from one construction job to another and spinning his wheels in an unsatisfying relationship, all the while with an eye toward eventually getting his act together. His last connection to the fight game is the evening boxing class he teaches to middle-aged, middle class, middle management types at a gym in Pasadena, where he also works as a handyman. When venerable boxing coach Eddie Bell asks Jerry if he'd like to spar a couple of rounds with Malice Blake, an up-and-coming pro, Jerry reluctantly steps into the ring. Despite the ass-kicking Jerry otherwise receives, a one-punch knockdown of Blake convinces Jerry that it's time to make his return to competitive boxing…

Taglines:
Some Guys Don't Know Their Destiny Till It Hits Them In The Face.

The film was going to be released straight to DVD until Adam Carolla insisted that the movie be released in theaters and put up approximately $300,000 of his own money for prints and promotion to fund a limited release.

Incorrectly regarded as goofs:
The call letters of the station for the announcer in the finals taking place in California starts with a "W" (WKXP). Broadcasting call letters in the USA west of the Mississippi river start with a "K". However, this was not standardized until the 1930s and many stations created before that time kept their W or K even though they were east/west of the Mississippi.

Jerry Ferro:
[sleeping]
I'll do the Olympics next time…


As one would expect from an Adam Corolla movie, there are plenty of the
rapier witticisms he is known for, and there is a solid laugh-out-loud
every few minutes for the duration. But, more importantly, the story is
a really sweet, engaging and uplifting tale of a middle aged slacker
who takes one last shot at achieving his dreams, or at least realizing
what they are. It was truly beautiful, in the way he comes to embrace
his life and mission. Also, credit to Adam's heavily-accented
Nicaraguan friend Ozzie as his sidekick, the duo has something of a Don
Quixote-Sancho Panza feel to it, which works very well. I'm an AC fan,
but my wife is not, and she loved it as well. This might be the best
"small movie" I've ever seen.

TagsUSA
10 Items or Less
Perfume: The Story of a Murderer