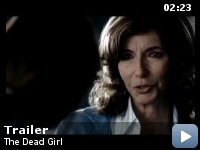 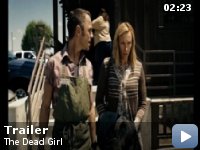 The clues to a young woman's death come together as the lives of seemingly unrelated people begin to intersect.

Storyline
In Los Angeles, a story about a dead girl, told in five chapters. A woman, miserable in her circumscribed life caring for her domineering mother, finds a body. Somehow, this discovery allows her to change. At the morgue, the sister of a girl missing for 15 years believes the body is that of her sister; this liberates her. An older woman, married to a man who pays her little attention, finds evidence in a storage unit; how will she handle it? The mother of the dead girl, who left home some years before, visits the last place her daughter lived and makes her own discoveries. Last, we flash back to the victim's final day.

The name on the Missing Persons report for Brittany Murphy's prostitute character reads "Krista Kutcher." Murphy dated actor Ashton Kutcher after they starred together in the movie
Just Married.

Continuity:
When Melora meets Rosetta her face is beaten up. When she takes Rosetta to eat her face is normal looking but when she drops her back at the motel Rosetta's face is back to being a mess.

Rudy:
You're not kissing me. You're just lying there like you want me to rape you!

Rudy:
What, you want me to rape you?

Rudy:
And take the gloves off.

"The Dead Girl" is full of life


Saw a screening at a film fest in Los Angeles last night and was
completely blown away. The quiet intensity of the film draws out the
audiences emotions without hitting them over the head with obvious
messages. Everything in this film is complex and complicated- even the
cooking of a T.V. dinner. The subtle direction and overwhelming
combination of acting, cinematography and screenplay lets the film
build mystery upon mystery drawing the viewer to its inevitable
conclusion. Restating the plot would give too much away, but the lines
between life and death and their definitions are definitely called into
question in this film. The acting in this film is of the "Oscars
all-around" caliber and not one performance is wasted or without
passion and skill. Brittany Murphy and Kerry Washington are so
incredible you wonder why these women aren't getting more attention.
Murphy particularly shines here as a teenage girl trying to control the
downward spiral of her life. Marcia Gay Harden is brilliant as usual
giving us a multi-layered character that could easily have been
overplayed. Mary Beth Hurt offers a stunning and revealing portrait of
a deeply conflicted character. Giovanni Ribisi and James Franco give
surprising support playing against their normal "type". The
cinematography is lushly beautiful, yet also edgy and raw- all a
perfect complement to the screenplay. The opening scenes featuring the
desert are gripping and breathtaking. They mark a fantastic contrast to
the rest of the film. Karen Moncrieff's direction deftly weaves the
characters together, revealing small pieces of a mystery bit by bit,
never stealing time from the actors and allowing this stellar cast to
really shine. If you loved "In The Bedroom" this has a similar pace and
feel. This film will knock you sideways while watching it and then will
linger with you for days to come.

TagsUSA
Love and Other Disasters
The Condemned