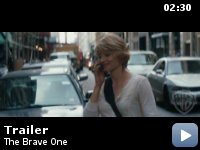 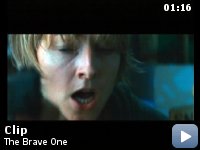 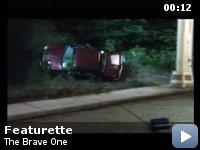 A woman struggles to recover from a brutal attack by setting out on a mission for revenge.

Storyline
David Kirmani,a medical professional, lives in an apartment with his sweetheart, Erica Bain, a radio host, and his dog. They usually take the dog out for a stroll in nearby Central Park and let him run and fetch. One day while at the park they let the dog run without a leash, and when he does not return or respond to their calls, they frantically search for him. They eventually find him being held by three men who want a reward. When David refuses, they start to molest Erica and David intervenes. Two of the men assault the couple, while the third uses a camcorder to film this incident. Erica is knocked unconscious, and regains her senses several days later in a hospital. She is told the shocking news that David was killed and the dog is missing. A traumatized Erica returns home to try and regain her life. She also visits the police station but does not get much help. Fearful of a repeat of this type of incident…

Taglines:
How many wrongs to make it right?

Release prints were delivered to theaters with the fake title 'Sweet Revenge'.

Continuity:
When Erica goes into the bathroom of the bar to refresh herself, she wets her hair and head, leaving her hair dripping wet. When they cut to the next part of the scene, where she applies her lipstick, her hair is perfectly dry – no shine, no evidence of wetness – one could argue it is even styled.

Erica:
[voiceover, doing her radio show]
I'm Erica Bain. And as *you* know, I walk the city. I bitch and moan about it. I walk and watch and listen, a witness to all the beauty and ugliness that is disappearing from our beloved city. Last week took me to the gray depths of the East River where Dmitri Panchenko swims his morning laps…
[…]


A genre movie directed by an artist, Neil Jordan in this particular
case. That is a formula that sometimes works and sometimes doesn't.
This time does, big time and I suspect it has to do with the artist
behind the camera leaving the artist in front of the camera to her own
devices and we all know that Jodie Foster's devices can be miraculous
sometimes. The anguishing feel of solitude permeates Jodie's
performance that's why I imagine Neil Jordan leaving her alone. Her
decisions, I mean the character's and the actress's, seem to have been
taken without consulting anyone. They are as pure as they are insane. I
predict Miss Foster will be up for her third Oscar unless a miracle
happens in the next three months. Well done!