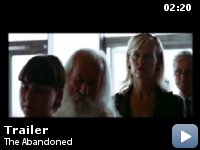 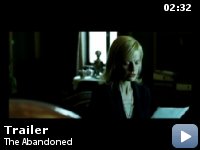 An adopted woman returns to her home country and the family home that she never knew and must face the mystery that lies there.

Storyline
In 1966, somewhere in Russia, a wounded woman drives a truck to an isolated farm with two babies. Forty years later, the film producer Marie Jones leaves her daughter in California and travels back to her home land in the wilderness of Russia. Marie is one of the children and had received a phone call from the notary public Andrei Misharin that had told her where the farm of her family is. Marie arrives in the abandoned house and meets the stranger Nicolai that tells her that he had also received a call from Misharin and he is her twin brother. Weird things happen in the house and Marie and Nicolai are haunted by eerie ghosts of themselves. Further, they find that they are trapped in the house and can not leave the place.

A few weeks before the production started Richard Stanley came in to rewrite the final production draft with director 'Nacho Cerda' because Karim Hussain was in Montreal preparing
The Beautiful Beast.


the abandoned is without a doubt one of the most bizarre, beautiful ,
original and scariest films I have seen in the past few years. I
couldn't help but grab onto my seat throughout the entire movie. It's
simply unlike anything you have ever seen before. It is a very
remarkable film from more than just one viewpoint. In an era where you
can only impress young horror fanatics with bucket-loads of blood and
gross-out effects, Nacho actually re-teaches his audience that fear is
especially caused by suggestion and the absence of explicit images. It
is the first intelligent horror film in years, completely relying on
atmosphere and eerie set pieces. It's such a relief to finally see a
subtle film that is also effective!