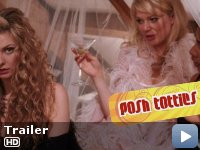 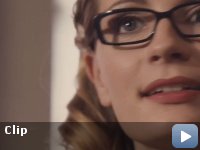 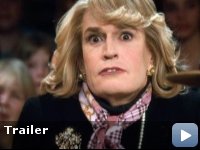 St Trinian's, a school for "young ladies" with its anarchic doctrine of free expression, brings together a motley crew of ungovernable girls who, using their wit and ingenuity, save the school from bankruptcy.

Storyline
St Trinians proudly continues to represent the unacceptable face of British education. When the new Minister of Education announces he will personally sort the place out he doesn't realise either the enormity of the task or that the headmistress is an old flame. The school is anyway threatened with closure by their bank; with the staff clearly a waste of space the girls realise the responsibility to save the day falls on them. Perhaps a painting popularised by Scarlett Johansson might be the way out?

Taglines:
School Can Be A Riot.

Many actors in the film are connected in some way to Pride and Prejudice: Colin Firth played Mr. Darcy in
Pride and Prejudice, Anna Chancellor plays the part of Miss Bingley in the same adaptation. Talulah Riley is Mary Bennet in
Pride & Prejudice and Gemma Arterton is Elizabeth Bennet in the show
Lost in Austen.

Factual errors:
During the School Challenge, the answer to the volume of a sphere was given as pi.r-cubed, whereas it is actually 4/3.pi.r-cubed.

Kelly:
St. Trinian's is closing down.
[all the girls start to cheer]

Kelly:
We're facing the biggest crisis of our lives and you're behaving like bloody children. If this place closes down, we have to go to other schools. And by that I mean *normal* schools.

Thumbs up for St Trinians


St Trinian's was never going to be a classic of British cinema and I am
glad that it doesn't really try. The worst I can say about the film, is
that it is constantly entertaining, which I find is a rarity now days.
It could and should have been a complete disaster, fortunately it is
harmless silly fun. The plot is dumb and the humour is never laugh out
loud funny but I always had a smile on my face and I left the cinema
more cheerful than when I went in, which is always a good sign.

I was quite happy with the acting in the film. Russell Brand is not the
greatest actor in the world and a few of the girls are a bit grating
but most of the main characters are OK, with good performances from
Gemma Arterton and Talulah Riley. Colin Firth plays it gloriously
straight though out and has some wonderful moments, whilst Rupert
Everett is a constant joy to watch as Miss Fritton/Carnaby Fritton.

I won't go on about the behind camera stuff because that would be a bit
pointless, apart from to say that it does the job. The editing had its
moments and I did enjoy the little animated scene half way though.
Although not really my taste in music generally, I thought the
soundtrack was very good and suited the mood of the film well, although
I would have like to have heard the St Trinian's original theme at the
beginning of the film, if even for a few moments.

I was over all very happy with the film and am glad I went to see it,
it ticked most of the boxes which I wanted and rarely let itself down.