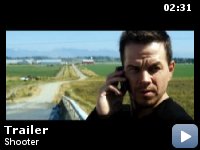 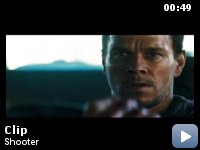 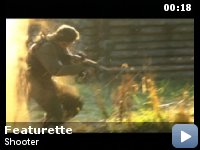 A marksman living in exile is coaxed back into action after learning of a plot to kill the president. Ultimately double-crossed and framed for the attempt, he goes on the run to track the real killer and find out who exactly set him up, and why.

Storyline
Bob Lee Swagger, one of the world's great marksmen and the son of a Congressional Medal of Honoree, is a loner living in the Rockies. He's left the military, having been hung out to dry in a secret Ethiopian mission a few years before, when he's recruited by a lisping colonel to help find a way that the President of the US might be assassinated in one of three cities in the next two weeks. He does his work, but the shot is fired notwithstanding and Bob Lee is quickly the fall guy: wounded and hunted by thousands, he goes to ground and, aided by two unlikely allies, searches for the truth and for those who double-crossed him. All roads lead back to Ethiopia.

Taglines:
Yesterday was about honor. Today is about justice.

The left-wing website zmag.org can be seen on Swagger's laptop while he is reading the 9/11 Commission report. Zmag publishes articles by, amongst other academics, Noam Chomsky.

Factual errors:
The photographs of massacred African tribal villagers shown at least twice in the movie are of "Whites".

Bob Lee Swagger:
They're not on anybody's side. We don't have to shoot them.


If you were to take the best parts of Tom Clancy's Jack Ryan series
(Patriot Games, Clear And Present Danger, Sum of All Fears) and mixed
in the best parts of the only good Rambo film (First Blood) you would
end up with something akin to Shooter. Shooter is a smart, engaging and
all out enjoyable action flick that never pulls its punches and always
surprises you when you least expect it.

Mark Whalberg plays the role of Bob Lee Swagger, a former military
sniper who quit the army following a disastrous mission where his best
friend and spotter is killed when they are left behind. Three years
later he is hired by a Colonel (played with gusto by Danny Glover) to
figure out how a suspected assassin is going to attempt to kill the
President from over a mile away, a shot that few could make. Swagger
figures out how it is going to be done and is asked to supervise
locating the sniper on site. But on the day of the supposed
assassination, Swagger is set up with the assassination attempt that
kills a visiting diplomat. Swagger is then left on the hunt while
trying to prove his innocence.

Shooter twists and turns with an elaborate conspiracy that is very
convincing, though of course the writers wimp out and take the cheap
road of drawing international oil into the plot (can't writers think of
an original plot device?). However, this is hardly a drawback since the
rest of the film is solid as a rock. The film really puts you into the
shoes of a sniper and gives an impressive overview of the mindset that
it takes to be as accurate as someone of the character of Swagger.

The only real distractions in the film would be Elias Koteas, whose
psycho performance is heavy-handed and does not fit the film, and Kate
Mara who has little to do throughout the film but appear upset or in
distress. The film could have done without either characters or their
respective actors. As well, some of the character relations seem forced
at time, particularly in the relationship between Michael Peña's
character of Nick Memphis and his FBI confidante Lourdes, played by
Rhona Mitra. Their almost effortless camaraderie comes off as less than
convincing.

Overall, Shooter certainly delivers as an entertaining thrill-ride that
is certainly not dumbed down in the least. If you want an intelligent
action film with lots of impressive gun play and several elaborate,
thrilling action sequences to boot, Shooter is right up your alley and
will not disappoint. 7.6 out of 10