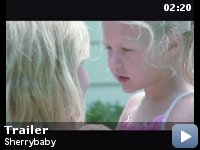 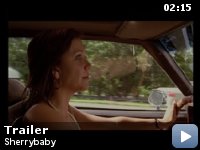 Sherry Swanson returns home to New Jersey after serving a three year prison sentence. Eager to reestablish a relationship with her young daughter…

Storyline
Sherry Swanson returns home to New Jersey after serving a three year prison sentence. Eager to reestablish a relationship with her young daughter, Sherry soon discovers that coming back to the world she left behind is far more difficult than she had planned.

Taglines:
No one makes it alone.

Ryan Simpkins lost four teeth on the set of Sherrybaby.

Continuity:
When Sherry visits her parole officer at the start of the movie she states that her brother lives at 1334 Ridge Street. At the end of the movie, after Sherry drops Lexie off, the number on the post outside her brother's house clearly reads "1642."

Dean Walker:
Genesis Recovery is a fellowship of men and women who share their experience, strength and hope with each other that may solve their common problems and help others to recover from alcoholism and drug addiction. Is their anyone here tonight who feels the need to drink or use?
[Sherry raises her hand as she bites her nails]

A brilliant performance by Maggie Gyllenhaal

Finally a film that you feel does not purposely play at the collective
heartstrings of humanity or jerk you for tears every chance it gets. In
spite of its tragic and heartfelt content of a mother reconnecting with
her 6-year-old daughter after she has been released from prison,
Sherrybaby moves back into realistic mode, and feels truly engaging
because of it.

Undoubtedly, Maggie Gyllenhaal's performance in the film reeks of
Oscar-bait for it is simply an excellent performance. Sadly I think the
academy will overlook 'Sherrybaby' because the film is simply not good
enough on its own and the sum of its individual components rarely, if
ever, do justice to its titular actress. However, awards are not
everything and rest assured that the film still has plenty to offer. In
the front row for this is its realistic and unshowy core, sewn together
by Maggie Gyllenhaal as ex-con and former teenage-mom-and-drug-addict
Sherry. Upon returning to her old life, she finds that it is nothing
like she left it. Her daughter Alexis now lives with her brother and
his wife Lynette, both of whom have become strong parental figures for
the young girl, much to the dismay and frustration of Sherry who wants
nothing more than to re-build a bond of trust and love with her
daughter, but who now finds Lynette a barrier.

This frustration makes and propels 'Sherrybaby'. It stems from a
variety of things that the film touches upon at several points: the
seedy halfway home Sherry is sent to live at upon her release, the
trouble she has readjusting herself to society and to work ("I'll suck
your dick if you give me the job I want."), her abusive relationship
with her father, her coping drug addiction and the fact that Lynette is
discouraging Alexis from calling Sherry 'mommy'. The film is evenly
peppered with these problems but luckily it never tips over into
gloominess. What it does most, however, it plunge bravely into the
white trash culture of America: junk-food, fat people, seedy jobs and
apartments, pinning its scantily-clad centre Sherry somewhere in
between.

I think Gyllenhaal captures her character with effortless conviction.
From the mood swings, frustration, confused maternal love to the
ultimate frailty, she translates every component of her wreck of a
character with perfect emotional transparency. It all translates into a
very real and heartrending performance. Best of all, she never falls
prey to showiness or exaggerated melodrama; she keeps it down-to-earth.
Soon Sherry turns into a manifestation of the title 'Sherrybaby' as she
finds herself sucked back into her teenage life of sorts: she craves
attention, she is helpless, she wants to do drugs, she sleeps around.
All the while she remains on the outside of things looking in because
she has been absent for so many years.

Certainly all performances in the film hold up pretty well. It is
especially interesting to see Danny Trejo in a role in which he is
actually nice for a change – a bit of a sleaze, true – but still on the
side of good (as opposed to rentable bad-guy/thug). All the
interactions between the characters follow the theme of the film; it is
realistic. But 'Sherrybaby' is not devoid of faults. At all. One of its
key shortcomings is its lack of any clear point. You get the feeling
most scenes do not serve any purpose other than to give us a feel for
the way things are run (wow, I feel like I'm writing about Scorsese) in
the white trash culture. There is in this way no clear narrative
structure. What is worse is that there is little or no humour to ease
the mood, and nearly NO music score throughout the film.

In fact, dissecting the film would probably reveal individual
components that could not even pretend to equal the sum of it all.
Thankfully, Maggie Gyllenhaal elicits so much sympathy as Sherry that
it does not really matter.