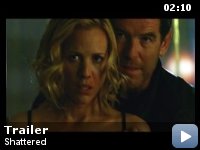 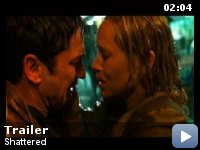 A perfect family's dynamic is ruined by a kidnapper's brutally efficient plot.

Storyline
In Chicago, the family man and executive of an advertisement agency Neil Randall has a perfect life: he expects to be promoted in his job soon, he has a beautiful and sexy wife, Abby, a lovely daughter, Sophie, and he lives in a wonderful house. When Neil's boss Karl Granger invites him to spend the weekend in his cottage in the country, Abby hires a nanny for Sophie to spend the day with her sister Diane. While driving Abby in his truck to meet Diane, a stranger hidden on the backseat appears with a gun, and informs them that he has kidnapped Sophie. He introduces himself as Ryan and demands that for twenty-four hours, the couple shall obey his orders, otherwise he will kill Sophie. While keeping the couple under his total control, he makes it clear that he is a calculating sociopath with nothing to lose, with the intention of destroying Neil's perfect life.

Taglines:
Lives will be broken

When Neil opens the poetry volume, you can see the lines 304 to 310 of Alexander Pope's "Epistle to Dr Arbuthnot": But all such babbling blockheads in his stead Let Sporus tremble – A. "What? that thing of silk, Sporus, that mere white curd of ass's milk? Satire or sense, alas! can Sporus feel? Who breaks a butterfly upon a wheel?" P. Yet let me flap this bug with gilded wings, This painted child of dirt that stinks and stings, On top of the page there is merely a title "Satires", because the 'Epistle to Dr Arbuthnot' is also known as 'Prologue to the Satires'. Notice that in the final scene, Abby seems to continue Pope's rhyme by saying: Who breaks a butterfly on a wheel? I do, Neil …

Errors in geography:
(At 01:06) The 3 of them are driving out of the city past Rush Memorial hospital out to a secluded location. They are really on East Bound I-290 heading INTO the city.

Please keep in mind that I am one of a handful of people that saw this
film ON THE BIG SCREEN IN A MOVIE THEATER instead of just on TNT,
butchered for television, with commercial interruptions. It is much
better the way it was intended to be seen. After seeing the film twice
ON THE BIG SCREEN during its limited release, these are my comments:

Imagine a Yuppie Gerard Butler. Great looking. Confident. Successful.
Gorgeous wife. Beautiful sweet daughter. The perfect life in upscale
suburban Chicago. Enter mysterious menacing stalking stranger and their
worst nightmare begins. He threatens the life of their daughter as
insurance for their obedience to his demands.

Sound like the typical 'kidnapped kid' flick? It's not.

It's taut, suspenseful, edge of your seat storytelling combined with
good solid performances by all, especially Bello and Brosnan. Butler is
very good, but I've seen him better. I believe he filmed this on the
heels of the grueling demands of 300 and it shows a bit. He may not be
at the very top of his game here, but he still performs well.

Brosnan upped his credibility as an actor for me in this film. He
played the menacing stranger perfectly. Just the right tone of voice
and facial expressions, joined with his eyes and body language, spoke
in unison to perfection in every scene. I'd really like to see more
from him, he is a very good dramatic actor. I like him better as an
older, mature man. More gritty, less suave.

Maria Bello is perfect as the mother held hostage by mother love and
the need to protect her child at all costs.

I loved the score. Where you might expect a really intense, gritty
score, this one opts for a quieter one with a hint of bluesy undertones
and it works. It intensifies at the right moments, but never takes a
front seat as often happens in thrillers. It melds with the action and
helps makes each scene into an audiovisual, emotional emulsion.

In fact, the whole film is just quieter than one would expect, given
what is usually served up with films of this genre. There are no car
chases, no last minute rescues, no heroes. It never goes over the top.
It has its feet on the ground and its eyes on what's human and real.

This film is no dud. Even though it had a very limited release, it is
not the fault of the filmmakers or the actors. It is good movie-making.
You may not think it's one of the best films you've ever seen, but
there's a good chance you'll be satisfied that you got your money's
worth. I give it a definite thumbs up.

Warning: DON'T read much about this film. DON'T watch the trailer over
and over. The less you know going in, the better your experience of it
will be. Because of one seemingly innocuous remark made by someone
who'd seen it, I guessed the ending about halfway through. I wasn't
even trying. But things we hear stick in our minds whether we like it
or not. I sincerely wish I had not guessed correctly. The rest of the
film lost it's suspense for me.

Hint: This is a two timer. It's even better the second time.