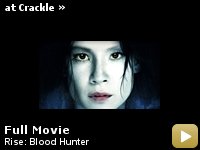 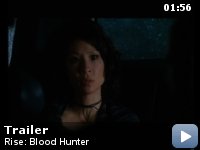 Supernatural thriller in which a female reporter wakes up in a morgue to find herself a member of the undead. She vows revenge against the sect that put her there and hunts them down.

Storyline
The snoopy reporter Sadie Blake is called by her nerd colleague Ethan Mills that has deciphered a code and found an address in Koreatown from information of the Goth Tricia Rawlins about a bloody cult. Sadie does not give attention to Ethan, but when she sees on the front page of the news that Tricia has been found dead in a dumpster in Koreatown, she decides to visit the address. She finds an abandoned house with a gruesome basement full of blood and she immediately drives to Ethan's apartment. She finds the place in a complete mess and is abducted by a stranger and taken to Bishop, who wants to know what Tricia has told her. Then, Bishop and his mate Eve kill Sadie and they have a necrophilic threesome with her body. Later, Sadie awakes in the freezer of the morgue and sooner she realizes that she is a vampire and promises revenge to her sire.

Taglines:
They didn't leave her alive. They left her UNDEAD.

The word 'vampire' is never spoken during the film.

Revealing mistakes:
After Sadie has sent Franny away she leans against the door. Her reflection is clearly visible in the glass, despite the fact that her lack of a reflection (due to being a vampire) is an important point in the movie.

Bishop:
You're one of us.

Sadie Blake:
Not by choice.

Okay. First the good news: Lucy Liu is sexy and really emotional in
this. Her acting chops finally come into play in a movie where she
isn't just tough or bitchy. The woman is a really good actress. Most of
the rest of the cast is really good, especially Carla Gugino and James
d'Arcy (American haunting). A few scenes are standouts, particularly a
nasty bit of business in a junkie shelter and a very very
claustrophobic scene inside a morgue drawer. Now the bad news: Nick
Lachey is in this for some incomprehensible reason and it REALLY snaps
you out of the story. When will Hollywood learn that goofy cameos don't
belong in horror? You're watching a perfectly cool creepy thriller when
suddenly the audience gasps at ridiculous casting choices that have
NOTHING to do with the story.


That, as well as some cheap attempts at "jumpscares" slightly spoil
what is basically the antidote to Blade, Underworld and the rest of the
goofy vampire pics of late. The treatment here is much more based on
pain and grounded in reality.

Definitely worth checking out for fans of vampire fiction.

TagsUNDEAD USA
Transformers
Harry Potter and the Order of the Phoenix