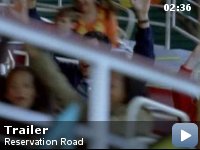 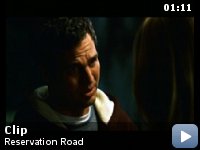 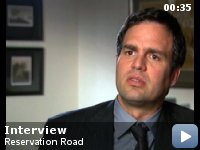 On a warm September evening, college professor Ethan Learner, his wife Grace, and their daughter Emma are attending a recital…

Storyline
On a warm September evening, college professor Ethan Learner, his wife Grace, and their daughter Emma are attending a recital. Their 10-year-old son Josh is playing cello – beautifully, as usual. His younger sister looks up to him, and his parents are proud of their son. On the way home, they all stop at a gas station on Reservation Road. There, in one terrible instant, he is taken from them forever. On a warm September evening, law associate Dwight Arno and his 11-year-old son Lucas are attending a baseball game. Their favorite team, the Red Sox, is playing – and, hopefully, heading for the World Series. Dwight cherishes his time spent with Lucas. Driving his son back to his ex-wife, Lucas' mother Ruth Wheldon, Dwight heads towards his fateful encounter at Reservation Road. The accident happens so fast that Lucas is all but unaware, while Ethan – the only witness – is all too aware…

Taglines:
To find the truth, you have to find who's hiding it.

Continuity:
Johnny Damon is seen batting when Lucas takes a call from his mom. As Dwight (Mark Ruffalo) speaks with her on the phone a crack of the bat is heard. The crowd stands up and watches as Manny Ramirez rounds the bases, presumably after hitting a home run. Johnny Damon is nowhere to be seen.

Grace Learner:
Mrs. Wheldon was wondering if you'd like to play in the school concert. Maybe practice with her after school. You don't have to do anything you don't want to do.

Emma Learner:
Can you hear music if you're in Heaven?

Emma Learner:
Okay, then. I'll do it.

A provocative Road to take


A full six months after Reservation Road was supposed to release in
theaters (it did, only in a very quiet handful), the film is finally,
and again, very quietly put out on DVD. I had been looking forward to
this film for some time and had been shocked by it's ill-treatment from
Focus Features. After receiving it from Netflix and viewing it, I went
out the very next day to purchase it. Where I was expecting a slow,
wrenching exploration of grief and loss, this film actually surprised
me with an untold amount of suspense and thrills. It certainly is not a
"thriller" perhaps, but where the story goes and how these characters
react leaves you on edge in several instances where you're not only
unsure of what they will do next, but you're not sure what you would do
next.


I had read a lot about this movie before seeing it, so there were some
reveals that I already knew about from my own curiosity as well as some
misguided choices in what is shown in the trailer. I would have liked
to see it fresh, so I will give plot points sparingly. Ethan and Grace
Lerner (Joaquin Phoenix and Jennifer Connelly, respectively) are a
well-to-do couple living in an affluent Connecticut town who lose a
child in a hit and run accident. Dwight Arno (Mark Ruffalo) is speeding
home to deliver his young son to his ex-wife (Mira Sorvino) and leaves
the scene. The unfolding story effectively explores how the Lerner
family struggles to cope with an unimaginable loss to an unknown
perpetrator, and how Dwight wrestles with his fragile conscience while
trying to hide his crime from the authorities. I think it works better
to not know how Ethan and Dwight meet and proceed to dance around this
event, but when they do, is when the real enjoyment of this film
begins.

Sorvino does a fine job, and Connelly, in a larger and more difficult
role, does a very good job, but this film belongs to the male leads.
Ruffalo is great playing a seemingly decent man who commits a heinous
crime he desperately tries to hide. This is Ruffalo's best work to date
and if this film had been appropriately marketed and acknowledged, it
would have been a breakout for him.

As our main lead, Phoenix is just wonderful. Ethan is a devoted husband
and father whose world suddenly ceases to make sense following this
tragedy and seeing him pull away from his family as he gets lost in his
depths of grief and fanatical in his quest to find the killer gives
Phoenix room to further display his remarkable range. An actor who is
blessed with naturalness and unbridled by affectations and shortcut
tendencies, his portrayal of a man eaten away by unspeakable sorrow and
incalculable rage is harrowing. There is a confrontation scene late in
the film when Ethan is so incensed he's physically shaking, his words
come out as a jumbled growl, and it's startling to witness. Seeing
Phoenix actually show that level of anger makes you wonder how or what
he did to get to this place. That I can't know, but I do know that it's
terrifying to see this man come undone from the inside out.

Reservation Road is sad, but it doesn't wallow in a way that feels
exploitive or cheap. It's a dual journey into one man's struggle to
deal with a tragedy that feels beyond him, and the cowardice and
humanity of a hunted man dogged by his own shaken ethics. This is a
provocative, moving story that really deserves to be seen.

TagsUSA
The Man from Earth
Beowulf