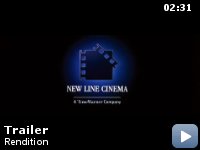 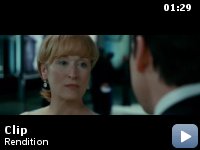 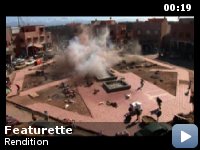 A CIA analyst questions his assignment after witnessing an unorthodox interrogation at a secret detention facility outside the US.

Storyline
After a terrorist bombing kills an American envoy in a foreign country. An investigation leads to an Egyptian who has been living in the United States for years and who is married to an American. He is apprehended when he's on his way home. The U.S. sends him to the country where the incident occurs for interrogation which includes torture. An American CIA operative observes the interrogation and is at odds whether to keep it going or to stop it. In the meantime, the man's wife raises hell to find him despite being pregnant but the person behind this refuses to help or give her any information.

Taglines:
What if someone you love…just disappeared?

Incorrectly regarded as goofs:
Alan Smith, working on Capitol Hill, refers to "my guy at INS." The INS ceased to exist in 2003 with the creation of the US Department of Homeland Security Citizen Immigration Services. However, it is common for older career law enforcement and others who have regularly had contact with INS over the years to refer to CIS and ICE by the former acronym (INS).

Safiya:
An analyst is nit a jackal.

is it ever, ever right to torture an individual


I saw the movie yesterday and was shocked by it, but even more shocked
by some of the comments I have read here. One person wrote that it was
ambiguous if the victim of the torture was guilty or not–therefore…
One person wrote that since he wasn't an American citizen, therefore…
Some people comment that the people in the Middle East hate us and want
us dead, therefore… So are we saying then that it is right to torture
someone who is guilty of a crime? Are we saying it is right to torture
someone who is not an American Citizen? Are we saying that it is right
to torture someone who may hate us and want us dead? Are we saying
that, as is written in the Geneva Convention, the Declaration of Human
Rights and the Constitution of the United States that "torture is
wrong, but some torture is less wrong than others?" When does it become
"right" to torture? THAT is why this movie is powerful– it is
ambiguous, but not about torture. Torture is always wrong, and if we
are willing to do it, even in the name of justice and "National
Security" or "freedom and democracy" then we are wrong and we are evil;
we are doing exactly what we are accusing our enemies of doing (and we
are calling them "wrong" in the same breath.) My favorite line in the
film was "if you don't want to compromise join Amnesty International."
Right on.