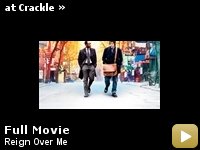 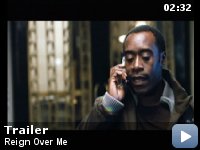 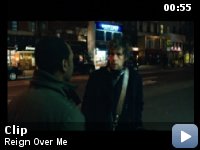 A man who lost his family in the September 11 attack on New York City runs into his old college roommate. Rekindling the friendship is the one thing that appears able to help the man recover from his grief.

Storyline
Alan Johnson has everything he needs to get through life: a good job, a beautiful and loving wife, and their wonderful children. Yet he feels isolated because he finds having a hard-working job and managing a family too much to handle and has no one to talk to about it. Charlie Fineman, on the other hand, doesn't have a job or a family. He used to have both until a terrible loss, and the grief caused him to quit his job and isolate himself from everyone around him. As it turns out, Alan and Charlie were roommates in college, and a chance encounter one night rekindles the friendship they shared. But when Charlie's problems become too much to deal with, Alan is determined to help Charlie come out of his emotional abyss.

Taglines:
Live every day like it's the best day of your life.

At one point Javier Bardem was going to play Don Cheadle's role of Alan Johnson. Scheduling conflicts led to Cheadle being cast in the role instead.

Revealing mistakes:
In one of the scenes at Dr. Johnson's office, the second hand on the clock is not moving

Charlie Fineman:
[Charlie looks at Alan]
I had three daughters.

Alan Johnson:
[surprised]
I… I know.

Charlie Fineman:
Geena was five. Jenny was seven, she, uh… she liked boys already. Julie was 9. She was… she was older. They all looked alike, Johnson. Like Doreen. Doreen was my wife. DT. That was her nickname. Doreen Timpleman. She had a dog, Spider. Spider… the poodle. They'd wake me up all the time, Saturday mornings, you know, singing Beatles songs to me in harmony, the four of them…
[…]

Powerful when it's being original


I just got back from a screening a couple of hours ago, and I was very
happy with the movie when I left it. It's very intense, and the closest
I've come to crying in a movie in quite some time. That is a credit to
Adam Sandler, who delivers a magnificent performance on many levels,
and who probably deserves an Oscar nom for it, were it not coming out
so early in the year. Don Cheadle gives his usual superb performance
playing the straight man to Adam's disturbed.


There is some humor, but most of it is really only funny in comparison
to the tearjerking moments, as Adam deals with his loss and Don
struggles to help him. Adam plays two levels very well… when he is
mentally stable he is funny and likable, but when he is, well, less
stable he's powerful and dark.

I recommend it for anyone who likes intense mental dramas about
difficult friendship and loss.