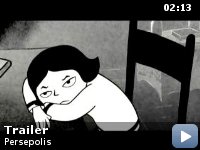 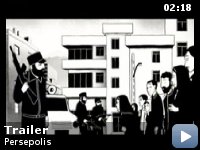 Poignant coming-of-age story of a precocious and outspoken young Iranian girl that begins during the Islamic Revolution.

Storyline
In 1970s Iran, Marjane 'Marji' Statrapi watches events through her young eyes and her idealistic family of a long dream being fulfilled of the hated Shah's defeat in the Iranian Revolution of 1979. However as Marji grows up, she witnesses first hand how the new Iran, now ruled by Islamic fundamentalists, has become a repressive tyranny on its own. With Marji dangerously refusing to remain silent at this injustice, her parents send her abroad to Vienna to study for a better life. However, this change proves an equally difficult trial with the young woman finding herself in a different culture loaded with abrasive characters and profound disappointments that deeply trouble her. Even when she returns home, Marji finds that both she and homeland have changed too much and the young woman and her loving family must decide where she truly belongs.

Marjane 'Marji' Satrapi, as a teenager and a woman

The title, "Persepolis," means "Persian City" in Greek. The word is the Greek transliteration of the Old Persian word "Parsa" ("City of Persians"). Parsa, or Persepolis, was an actual ancient city that existed in Persia c. 550-330 BC. Its ruins still stand in southern Iran today.

Factual errors:
The departures board at Paris Orly at the beginning has Cincinnati misspelled as "Cincinatti".

Animation in black-and-white, autobiographical, growing up in Iran during the reign of the Shah and later, the Islamists


The black-and-white animation, highly stylized and two dimensions which
doesn't attempt to render the usual cartoon 3-D, summarizes in quick,
intelligent flashes, often impressionistic, growing up in Teheran and
Vienna from a highly personal point of view. The narrative is as
original as the art. The narrator, Marjane Satrapi, only daughter of an
educated Teheran couple, first sketches in briefly how the Shah first
came to power,only to lose it and have it replaced by the fanatical
religious regime of today. Educated in a French school, she and her
family are rapidly alienated from the so-called revolution; she is sent
to Vienna to continue her education, falls in with a group of punks and
eventually returns both depressed and disillusioned to Teheran where,
with other university students, she must submit to the rule of extreme
Islamists.


The story covers a great deal of ground from the point of view of a
young pro-Western culture radical, and is told with humor and
intelligence. She laughs at herself as much as at the semi-lunatic
Guards of the Revolution.

Satrapi's hold on reality is much strengthened under the influence of
her highly honest grandmother who teaches her not co compromise, not to
betray and not to give in.

This is no fairy tale with flying horses and beautiful princesses, but
a serious, unsentimental and sometimes brutally honest film covering,
among other events, the story of the millions of Iranians and Iraqis
who died in a now forgotten seven year war around the Persian Gulf.